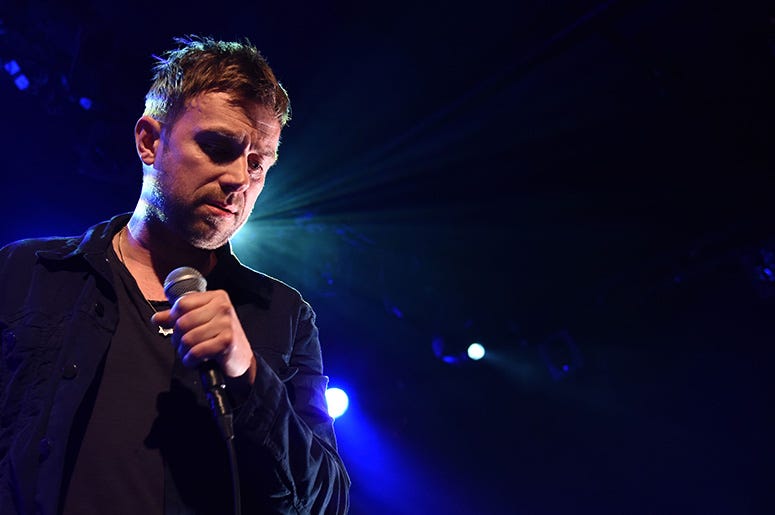 Damon Albarn believes the best remedy for COVID blues is a packed music venue where artists perform and tensions eased.

The Gorillaz frontman told Sky News live music venues should be reopened across the world to combat mental stress surrounding the coronavirus.
He also states artists shouldn’t be legally barred from performing to packed crowds. “No one should be forced to do anything, but if people are willing then somehow we can make it work so everyone can feel comfortable and participate,” he told the UK news organization.

As the coronavirus continues a third wave of infections across the United States, the UK, Albarn’s home country, has announced a four-week lockdown to curb their infection rate. This would obviously run contradictory towards Damon’s wishes for the return of live music.

“You’ve got to allow music to continue… We are trying to preserve everyone’s health at the moment so passionately, we mustn’t ignore live music in that prescription.”

Albran must be eager to play some of the latest tracks off Gorillaz’s seventh studio album Song Machine, Season One: Strange Timez. Anticipation ran high before its October 23 release. Unlike past work, this work is part of the group’s Song Machine project, a series consisting of a collection of singles and music videos called “episodes” featuring previously unannounced guests.

Some of the cross generational, big name guests include Robert Smith from The Cure, Beck, ScHoolboy Q and Elton John.

Damon spoke with Bryce from RADIO.COM's New Arrivals show, last month. He also mentioned a potential movie project for the group. “We signed contracts, we've begun scripts and stuff. Making an animated film that's kind of abstract is quite a big risk for a movie studio because they're very expensive,” he admitted.

“If you're telling a slightly obtuse story that only sometimes makes any sense, it's quite difficult. That's what we've discovered."