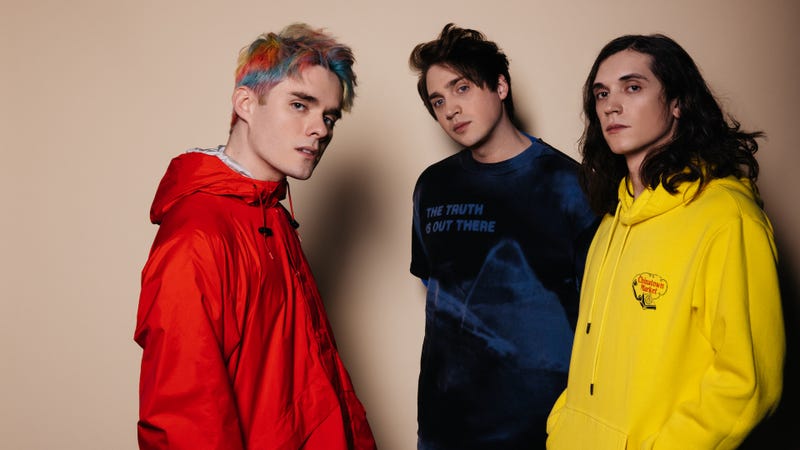 Awsten Knight of Waterparks is a seasoned Emo Nite veteran at this point as he joined Morgan Freed for his third appearance on the show.

Waterparks is set to embark on a lengthy tour with many shows that are already sold out. Knight has been hard at work behind-the-scenes helping with tour merch, stage design, and other production elements of their show.

For all the work he’s putting in, there’s one component that has his main focus. The show itself.

Knight could hardly contain his excitement as he spoke about the upcoming tour. “Rehearsals have been crazy, the production is dope. People are going to freak over the merch,” he said.

Outside of wanting to put on the best show he can, Knight has another reason for putting in all this work. Giving people a reason to leave the house during a time when many are still being cautions. “You have to give something that’s worth leaving their house,” he says, cause nobody wants to leave their f*****g house, especially now!”

Emo Nite is not a band, and they’re not your usual DJs – Host Morgan Freed throws epic parties and now has a radio show for the music they love. Listen Sundays from 7PM - 8PM on your favorite Audacy Alternative stations.