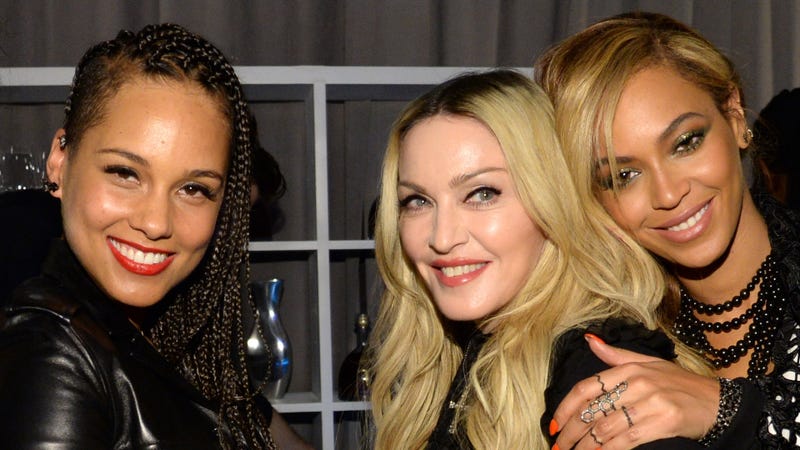 As the summer of Renaissance reigns on, Beyoncé and Madonna’s "Break My Soul (The Queens Remix)” has everyone talking, including us, but more importantly a few of name-dropped artists Queen Bey listed.

In the track’s third verse, Beyoncé notably name checks over two dozen influential Black women musicians, in the style of spoken word — over a sample of Madonna's 1990 hit “Vogue.”

As anyone would and should be after being name-dropped by Bey, a few of the those mentioned, including Lizzo, Alicia Keys, Jill Scott, Missy Elliott and Tierra Whack — took to social media to share their thoughts and excitement.

“B**** BEYONCÉ SAID MY NAME BYEEEEEEEEEEEEEEEEEE,” Lizzo tweeted. Followed up by another tweet — in which she wrote, “I ALWAYS BELIEVED IN ME NOW BEYONCÉ BELIEVE IN ME TOO” that came along with a story time vid from the flute playing Queen. “I remember when I was telling my friend’s mom what my major in college was going to be, and I told her I was going to major in music performance and she laughed in my face,” Lizzo recalled. “She said, ‘Music performance? Like Beyoncé?’ and laughed in my face. Only have one thing to say: BYE.”

I ALWAYS BELIEVED IN ME NOW BEYONCÉ BELIEVE IN ME TOO🤘🏾😫 pic.twitter.com/58785OOHAT

Santigold took the opportunity to send “thanks to @beyonce Queen Bey for shouting me out amongst these greats, and even more for takin’ it back!” with a tweet. And went on to say, “letting the people KNOW about all these Black women, powerful powerful spirits, many of whom never received the acknowledgment they deserved!”

Check out Beyoncé and Madonna’s “Break My Soul (The Queens Remix)” below.