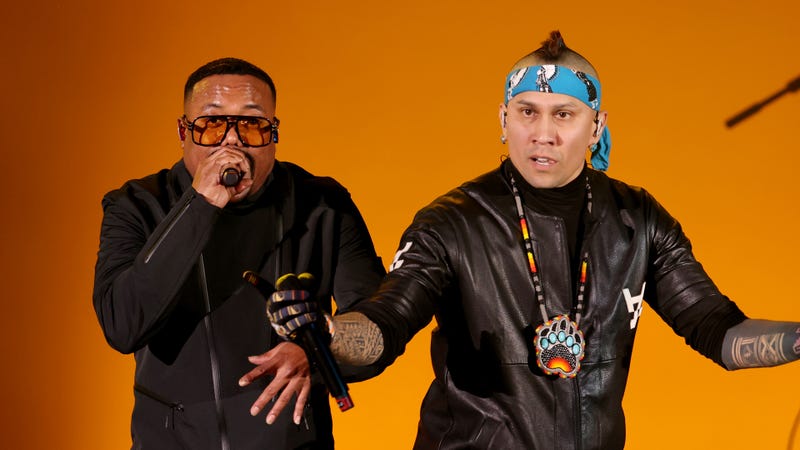 Apl.de.ap and Taboo from Black Eyed Peas recently checked in with Audacy’s Julia, and during their chat, they discussed everything from their newly released album, who they would love to collaborate with in the future, and what it was like getting to work with David Guetta, Shakira, Daddy Yankee, Anitta, and more. Plus, they share some behind-the-scenes deets on their new song, "Don't You Worry.”

When talking about their latest album, Elevation, the duo noted being able to tour while making it really helped to “harness that energy and put it in the studio,” something they’re beyond excited about sharing, in addition to the amazing collaborations.

Released on 11/11, which if you’re wondering doesn’t have any particularly special meaning, other than sounding “cool” and feeling “good,” with its numeric frequency, Elevation features a number of impressive collabs. This includes “SIMPLY THE BEST” with Anitta, who they noted is “amazing, very focused, a hard worker,” and “perfect for the song,” as well as David Guetta, who BEP has worked with before on their epic hit and college-kid anthem “I Gotta Feeling.”

Never having expected the impact that song was going to have, “we like to say these songs are cousins, to have a cousin like ‘Don’t You Worry’ with Shakira and David Guetta and have that same type of frequency, it’s a beautiful thing.”

Also up for discussion: Taboo’s love for BTS and Big Time Rush, how they would love to work with H.E.R. and Rihanna, the importance of Daddy Yankee’s influence, and what it was like to film their “very cinematic” music video for “Don’t You Worry” with Shakira.