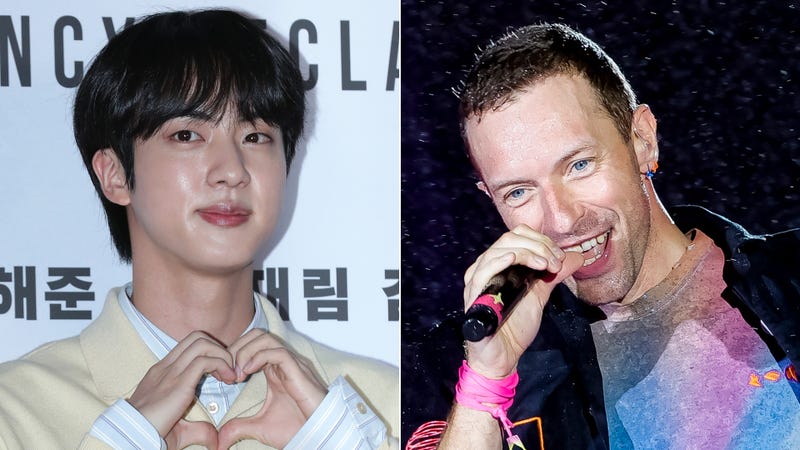 BTS‘ Jin is joining Coldplay on stage to debut his just-announced solo single, “The Astronaut,” during the band’s upcoming concert event being filmed at the River Plate stadium in Buenos Aries, Argentina, and fans in more than 70 countries will be able to watch the magic in theaters.

Check out the text messages shared between BTS' Jin and Coldplay frontman Chris Martin below, where Chris thanks Jin for inspiring the song, while adding, “when we spoke about you having to leave for a while and missing the band and fans it was really powerful. I think the song found its way because of that conversation.” 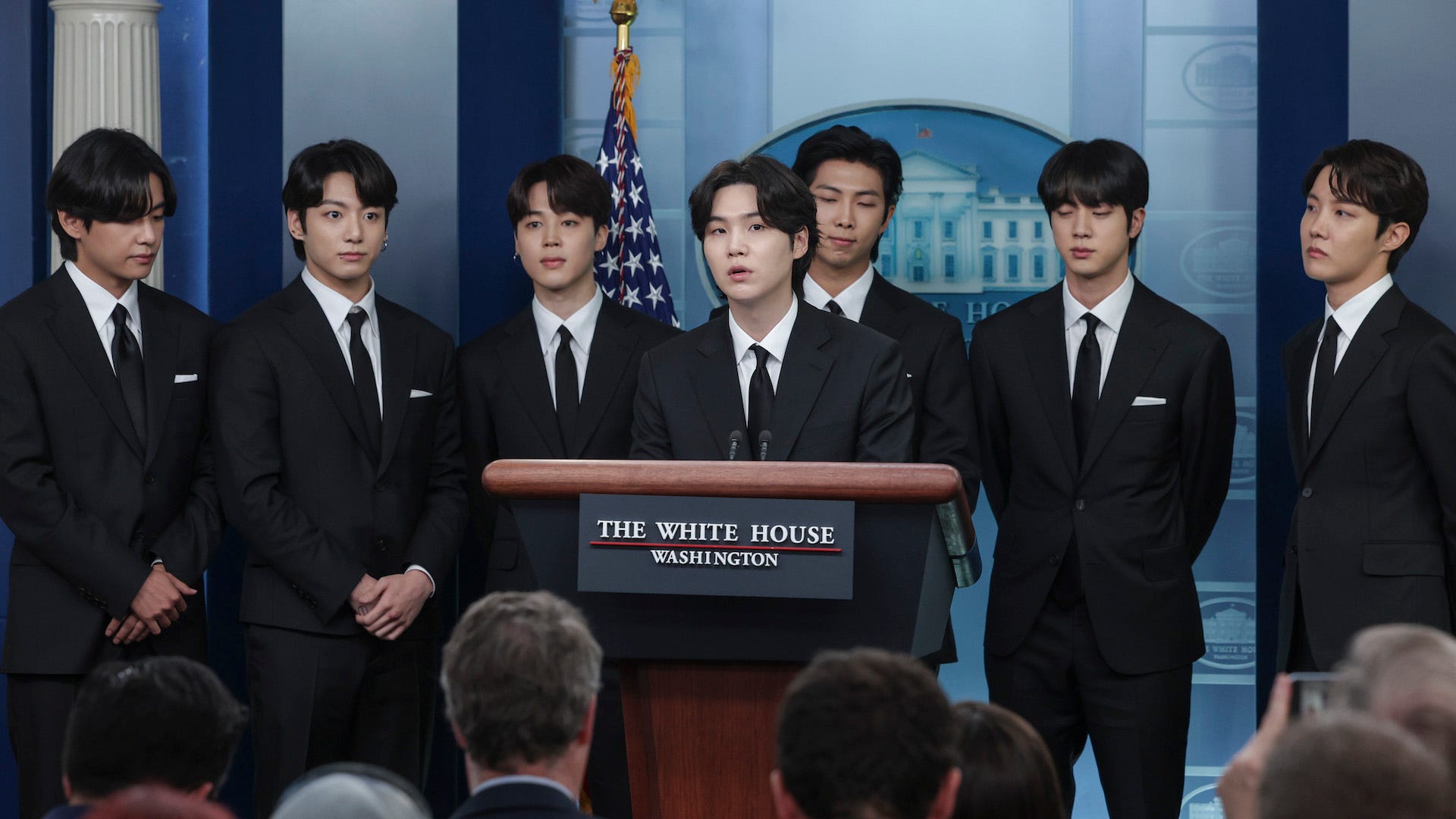 “Thank you so much for working so closely on this song with me, and listening to my opinions every step of the way,” Jin responded. “I feel super honored to have worked with you, my superstar, my bro.”

While the October 28 concert will be available to watch in more than 3,500 movie theaters in over 70 countries, a live stream of the event is not planned.

Fans can watch the broadcast live in North America and Latin America on October 28, and subsequent time zones joining on October 29, with repeat screenings also to be available worldwide. Get your theater info, tickets, and details right HERE.

Big Hit Music confirmed the news, adding the video of Jin's "The Astronaut" live debut will be uploaded immediately after the show, "to make sure ARMY all around the world can watch Jin and Coldplay’s performance." The official single is also scheduled for release that day, following social teases on October 23, 24, and 25, and a music video teaser on October 26.

Follow even more of your favorite music on Audacy's all-new stations like Coldplay's Infinity Station, K-Bops, Girl You Know It's Cheese, Let's Get Social, Beach Beats, Collabornation, and so much more!