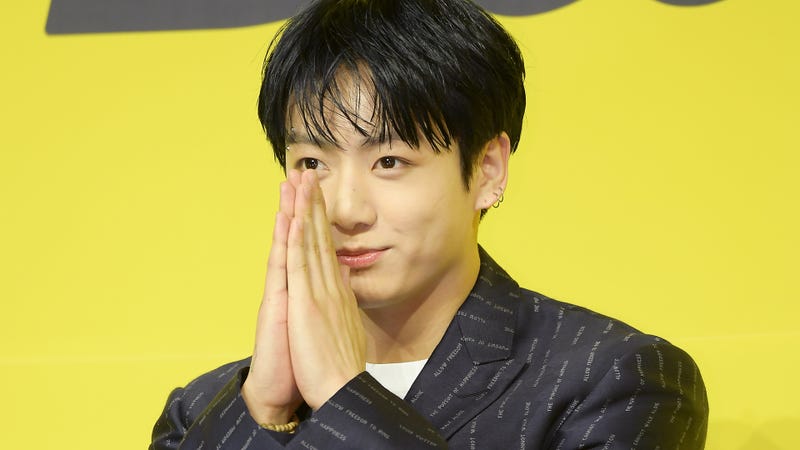 After leveraging the power of his massive ARMY fandom, K-Pop breakout star Jungkook has rightfully been crowned Audacy’s 2022 Artist Of The Summer, and we think it’s prime time to celebrate!

Listen to your favorite music -- curated for fans, by fans -- on Audacy’s Artist Of The Summer, K-Bops, BTS Radio, and more!

Thanks in part to the huge success of his 2022 solo singles "Stay Alive," "My You," and his collab "Left And Right" with Charlie Puth -- as well as BTS' Proof, of course -- the 25-year-old South Korean singer and songwriter quickly became a favorite for Audacy's Artist Of The Summer.

Following an incredible amount of fan voting, Jungkook, the youngest member of K-Pop favorites BTS, acknowledged the accomplishment today, September 7, on his social media, thanking the fans who put him over the top saying simply, "Love you ARMY!"

We know, we know... we're just as excited as you ARMY!

Celebrate with us on Sat, 9/10 as we dedicate our Twitter to him for the entire day! You won't want to miss any of the fun! 💜

While you're in he mood, follow even more of Audacy's all-new stations like BTS Radio, Let's Get Social, K-Bops, Boy Band Nation, Beach Beats, Collabornation, and tons of others, now streaming!