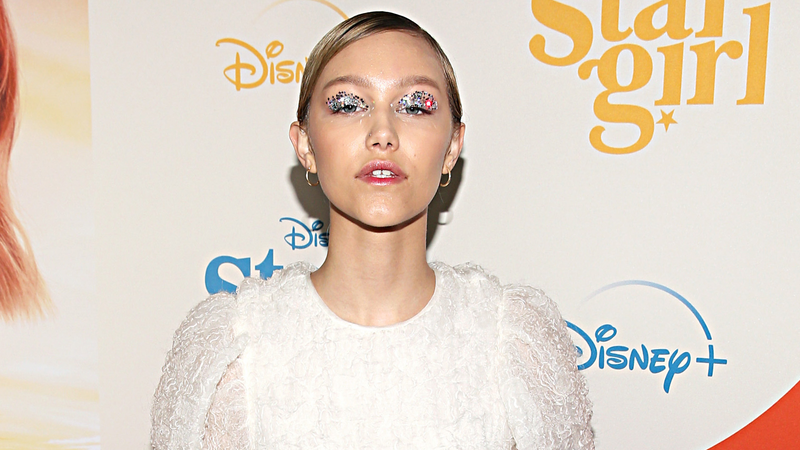 Grace VanderWaal is back with an edgy new sound and hairstyle to match. The former America’s Got Talent sweetheart turned badass just dropped "Don’t Assume What You Don’t Know," a grungy, alt-pop song and accompanying music video.

According to the VanderWaal herself, the track is about “someone facing the truth about Hollywood, going through that process and realizing that they’re in too deep,” as the singer said in a statement. “It feels really good to express yourself so freely. It’s empowering and very healing.”

In the sporadic fisheye lens, vhs vibes video, Grace switches up her usual whimsical, folk-pop ukulele feels we’ve all gotten used to, for some grungy, electric-rock, I am woman hear me roar vibes, and it is everything. Showing off her electric guitar playing skills, and that brand new buzzcut that TikTok users lost their collective minds about.

Speaking to Nylon about the song’s inspiration - “the fantasies of Hollywood,” Grace said, “I’ve personally witnessed the debunking of all those myths.” Adding, “people put fame and beauty on such a pedestal, as if that’s the answer to life and all of that.” Grace’s hope is for the song’s takeaway to be that “your life is awesome, and my life is awesome, and everyone just makes the best of what they have and can find their happy s*** in their own s***.”

As for the buzz cut that got everybody buzzing, don’t assume Grace knew what she was doing when she didn’t know. Meaning while she admittedly said, “I am very smart, and I usually know what things are going to make people talk or grasp attention.” The haircuts response was something she “didn’t expect in the slightest.”

“I realized the world is so much more sexist than I thought,” she told the magazine. “People jump to mad conclusions for a woman having short hair, like ‘[she’s having a] mental breakdown or on drugs.’ What does that say about us?” Regardless of Grace’s general concerns for humanity (we’re right there with ya btw), she actually finds herself  “exhilarated” by what comment trolls have to say.

Totally hear you Grace, but honestly all we can focus on from that is that you clearly have more music on the way, so yay! Also in the works, the upcoming sequel to her first movie, Stargirl, which premiered on Disney+ last year. But for now, check out "Don’t Assume What You Don’t Know" above.