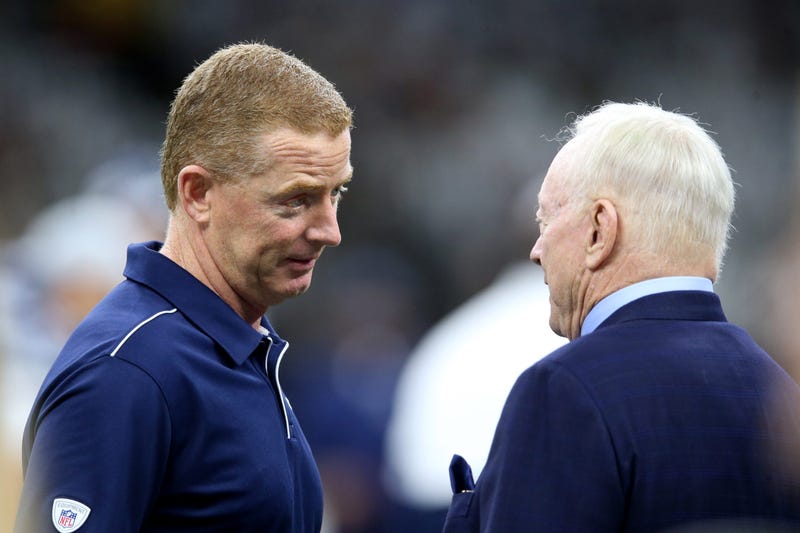 DALLAS (105.3 THE FAN) - Cowboys owner Jerry Jones thinks the Vegas odds of Jason Garrett being among one the favorites of NFL coaches to be let go during this season isn't a safe bet.

"Don’t bet any money on that happening, you’ll lose it.” said Jones on his weekly show with The Fan's Shan & RJ.

With much of the criticism aimed at coach Jason Garrett following back-to-back losses for the Cowboys, Jones doesn't believe the team was not prepared, as may fans are saying.

"That makes no sense" said Jones. "You know everybody out there is on the incentive plan...especially with the Cowboys."

Jerry Jones: "We're all disappointed about Sunday, we thought we would play better than that." @1053thefan

And with a tougher schedule facing the Cowboys, in the second half of the season, Jones didn't seems to be concerned.

"It's daunting to think about the teams we have ahead of us...but i'm glad to be facing it with this bunch."

Jones also said he does not see the contract 'price' for quarterback Dak Prescott going up or down on a weekly basis, based on wins or losses.

“Well, first of all the narrative about his financial as opposed to how he’s playing, is frankly laughable,” said Jones. “It’s just not that way."

When asked about the penalty against Jason Garrett on Sunday. Garrett slammed the red challenge flag to the ground in front of an official, and emphasized his displeasure by adding a few choice words that drew a yellow flag for unsportsmanlike conduct.