Tom Brady's 10-year/$375 million contract to join FOX Sports as their No. 1 game analyst is slated to begin whenever his illustrious playing career concludes.

But there's already some suggestion that we could see the seven-time Super Bowl Champion in the booth sooner than that.

In his latest article, Andrew Marchand of The New York Post wondered if Brady could be involved in part or all of FOX's postseason coverage in 2022, should the Tampa Bay Buccaneers be eliminated. Among other games, FOX is slated to broadcast the NFC Championship Game and Super Bowl LVII this upcoming season.

Could FOX push Greg Olsen -- or whoever joins Kevin Burkhardt in the booth on FOX's No. 1 team in 2022 -- to the side if Brady becomes available for part or all or the playoffs? That feels unlikely, but maybe the powers that be would be interested in pivoting to a three-man booth if Brady was willing to call games as soon as this postseason.

What feels more likely is that if Brady and the Buccaneers aren't playing in the Super Bowl on FOX, he has some sort of role in the network's pregame coverage to get his feet wet in the media space.

Despite Brady getting a broadcasting contract larger than reigning National League MVP Bryce Harper's deal with the Philadelphia Phillies, we have no idea if he'll be good or not. It would seem to be quite the risk to immediately throw him into calling postseason games. Introducing him to his career as an analyst without overexposing him early on might be the best solution for all parties involved.

Then again, the absolute best scenario from Brady's perspective would be to be playing in the game. And frankly, we're not going to bet against that outcome. 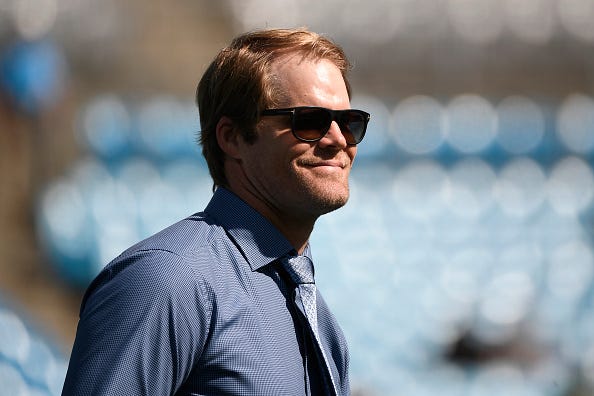 More NFL Media Nuggets
- Even if Brady isn't ready to call this year's Super Bowl, FOX will televise Super Bowl LIX in February of 2025 at the Caesar's Superdome in New Orleans. FOX is playing the long game by signing Brady, but the network would probably be pretty disappointed if he isn't a full-time broadcaster by then.

- I get it, he's Tom Brady. But the strategy of signing Brady for $37.5 million annually when you're unclear on a starting date seems pretty peculiar when you consider FOX let Joe Buck and Troy Aikman leave for ESPN instead of paying them a combined $33.5 million per year. Aikman is 55 and Buck is 53, and the two have tremendous chemistry. FOX could have had that booth for two more decades, and instead chose to spend on a very uncertain commodity in Brady.

- Here's a prediction: There will be a lot of tweets to the effect of "Wow, Greg Olsen is really good with Kevin Burkhardt, why is FOX going to break up this duo?" during the 2022 NFL season. Olsen has every incentive to be a good solider in 2022 if FOX does indeed ask him to keep Brady's seat warm. But when you listened to him in 2022 -- his first full season of broadcasting -- Olsen felt like a No. 1 game analyst. If FOX has decided that Olsen's long-term ceiling is on their No. 2 team, the former Carolina Panthers star tight end might very well end up on the top telecast for another network at some point. 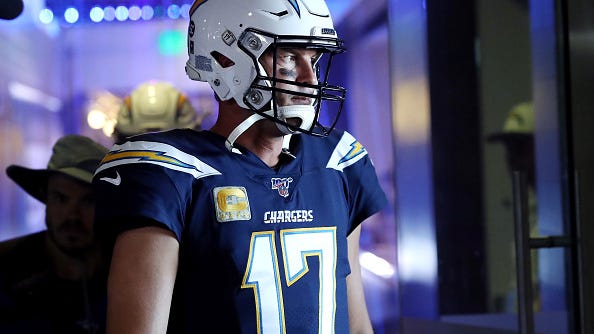 Philip Rivers had 'no interest' in joining FOX booth