DALLAS (105.3 The Fan) - According to a report from ESPN's Todd Archer, Dallas Cowboys running back Tony Pollard has undergone successful surgery on his high ankle sprain.

Per the report, the surgery, known as a tightrope procedure, repaired the ligaments from the sprain, while the broken fibula will heal over time, and did not require a cast.

Pollard is projected to be out for 3-4 months during his recovery, putting him on tracker to return by the end of July, just before fall camp.

As a result of the injury, Pollard, who will be an unrestricted free agent this offseason, will miss the Pro Bowl, and has been replaced by Dalvin Cook.

Pollard suffered the injury in the first half, and was carted off of the field with an air cast. 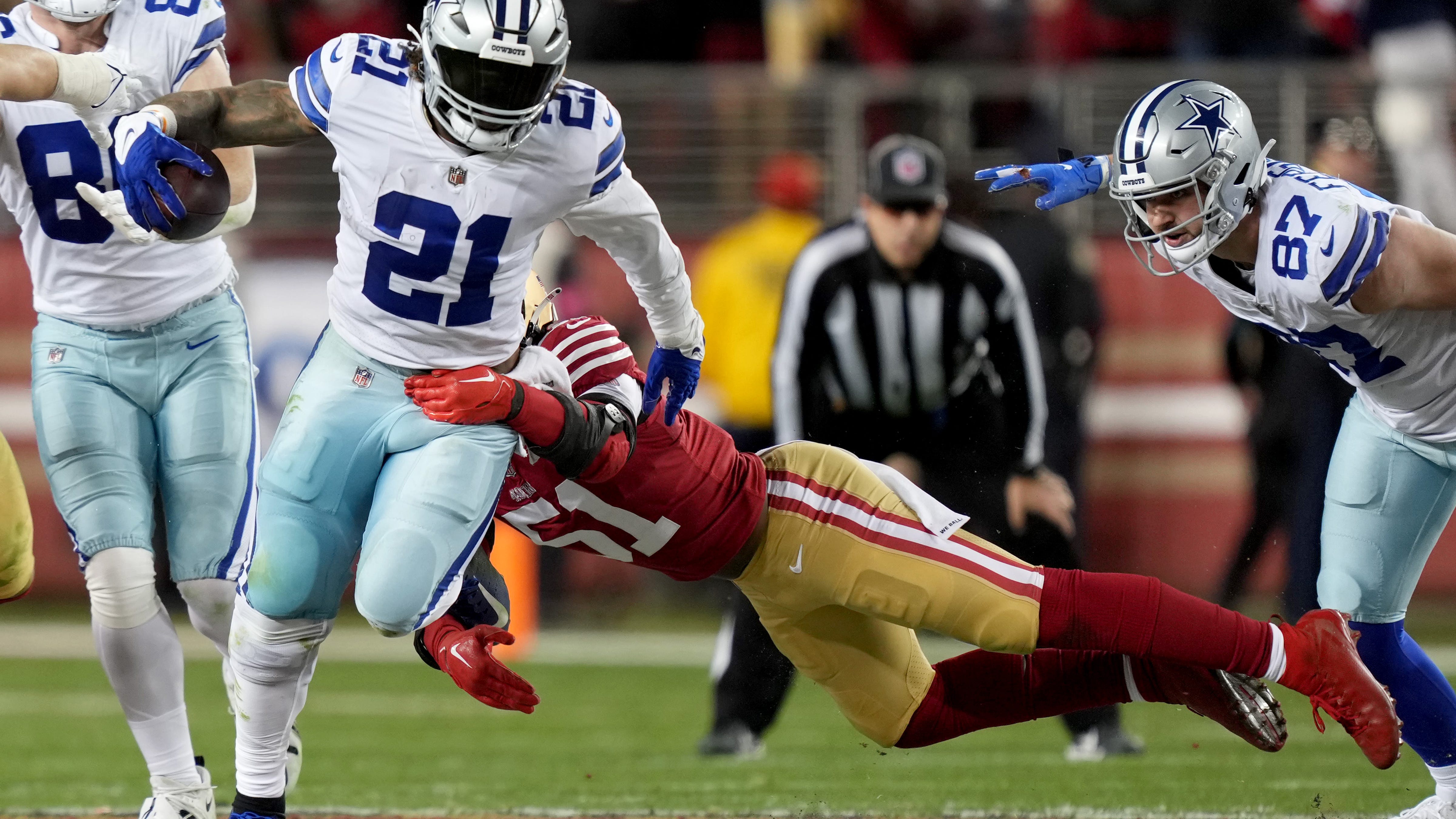 After Pollard's exit, the Cowboys were able to muster just two field goals from Brett Maher, and were unable to get anything going on the ground, with Ezekiel Elliott finishing the game with just 26 yards on 10 carries - six carries and 17 yards of which came after Pollard was injured.