Things could have gone sideways for CeeDee Lamb, and in turn the Dallas Cowboys, in a hurry on Monday night.

With the Cowboys up 6-3 with a 4:42 to go in the second quarter and the ball just shy of midfield, Lamb broke free of the defense. Cooper Rush saw him after faking a handoff, and uncorked a deep ball that, had Lamb caught it, would have resulted in a touchdown or, at the very least, gotten the Cowboys inside the 10.

But Lamb, with no defender on him, dropped the ball. The Cowboys wouldn’t get any points later in the possession, going into the half up just three.

It could have been a backbreaker. But Lamb turned the page, and when it mattered most he came through, catching the go-ahead touchdown with the game tied in the fourth quarter in Dallas' eventual 23-16 victory.

Had Lamb not recovered, the rest of his night might have unfolded differently. That was not lost on Jerry Jones during his appearance Tuesday on “Shan and RJ”.

“Well I know that you fight those setbacks as a player and you have them all the time,” Jones said. “Football is usually one of, as I’ve said many times, it’s a real small percentage of successes, but no one in the world was fighting those demons (of disappointment) any more than him. I saw him fighting through it after the ball that he dropped, he was working through his body language when we were on defense.

“Then finally, he got up, and he walked completely to the other end of the bench and just reached down and gave five to Cooper Rush and told him he’ll do better. He did that while the defense was out on the field, it was obvious he was trying to work through not letting that play impact not only his night, but impact him.

“And of course, he came in and played not only inspired, but at a level – I think it all showed his mentality when he caught that short ball, really took a big collision, kept going, kept driving. You could see was happening was his rebound from a big disappointment.

Lamb finished his night with eight catches for 87 yards and the one touchdown. It would be been a more impressive statline had he caught that second-quarter target, obviously, but Dallas getting the result it needed ultimately is what mattered. Lamb not checking out for the final 30 minutes helped make that happen. 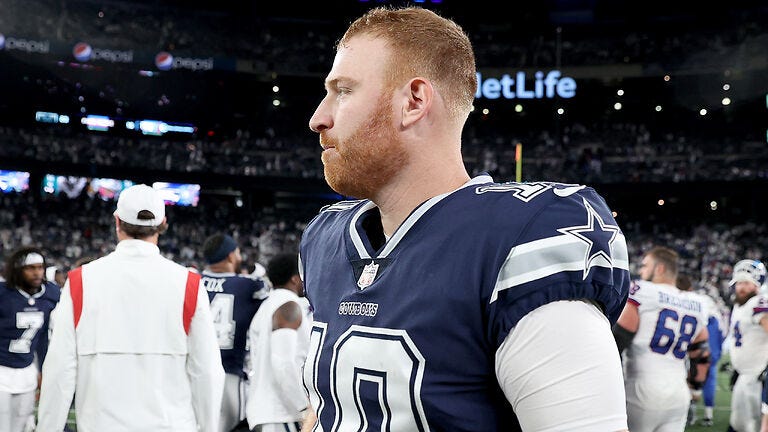