While a new report suggests that Alex Rodriguez may be done on Sunday Night Baseball, it doesn’t appear that his time at ESPN is over.

Instead, Andrew Marchand of The New York Post hears that the four-letter network "is considering a Manningcast-type broadcast" with A-Rod at the forefront.

This, of course, would be a separate entity from the regular Sunday Night Baseball broadcast, which the three-time American League MVP has been the star of since the start of the 2018 season. Under this model, the traditional broadcast booth would be filled in other ways -- Marchand suggests Karl Ravech, David Cone and Eduardo Perez could make up that booth -- while A-Rod works in a different capacity.

For the 2021 NFL season, Steve Levy, Brian Griese and Louis Riddick have made up ESPN's booth for Monday Night Football, but Peyton Manning and Eli Manning have co-hosted a more banter-filled broadcast on ESPN 2, which also features high-profile guests every week. The Manningcast has developed a cult following.

Of course, the Mannings are generally seen as pretty affable. There's no doubting that Rodriguez is very intelligent and is one of the most accomplished players in MLB history, but there are quite a few people not fond of him personally. Details on how "a Manningcast-type broadcast" with Rodriguez would work appear to be slim right now, but ESPN would seemingly have to pair the 14-time All-Star with one of their most universally liked personalities for such an arrangement to be successful.

From here, an interesting idea could be to pair Rodriguez with David Ortiz, his colleague on FOX's postseason MLB coverage. Ortiz, frankly, is much more liked in and around the sport than Rodriguez, and the two already have built a strong chemistry. It's unclear if FOX could or would attempt to stop such a set-up from one of their main competitors, or if the parties involved would be able to work things out financially. It's definitely an interesting concept, though. 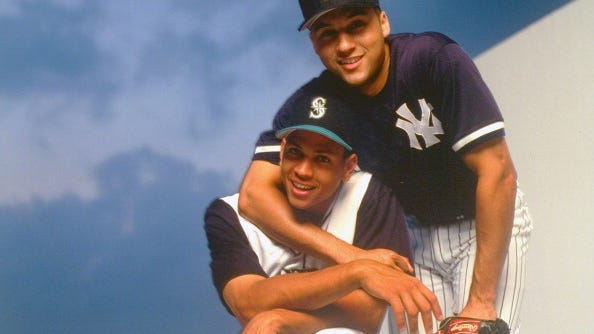