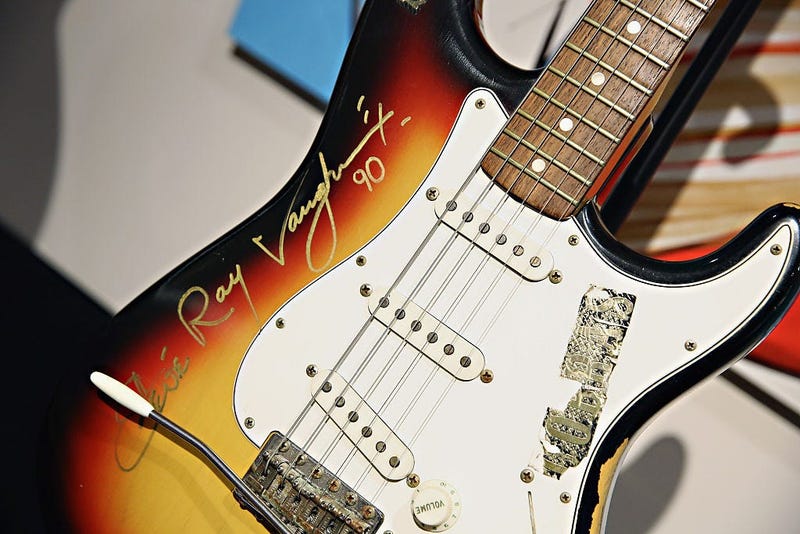 By all accounts, it was an epic concert. Stevie Ray Vaughan was joined on stage by blues rock luminaries including Eric Clapton, Buddy Guy, and his brother Jimmie. Unfortunately, it was followed by tragedy.

Here's a look back at Stevie Ray Vaughan's life, including appearances in Madison.

1970: Quits his job at a burger joint called Dairy Mart when he falls into a vat of grease

1972: Joins a band called Krackerjack. Quits after the lead singer suggests he wear makeup on stage

1990 --Goes on tour with Joe Cocker        Plays 2 nights at Alpine Valley with Eric Clapton, Buddy Guy and Robert Cray (Aug. 25 and 26)        Shortly after midnight on August 27, Stevie Ray Vaughan is killed, along with the pilot and three members of Eric Clapton's entourage when his helicopter crashes into a fog-shrouded hill         Aug. 31 Stevie Ray is buried at a private ceremony in Dallas. Mourners included Billy Gibbons, Stevie Wonder, Buddy Guy, Bonnie Raitt, Ringo Starr, and Dr. John. Outside the chapel, more than 3,000 fans gathered to say goodbye.