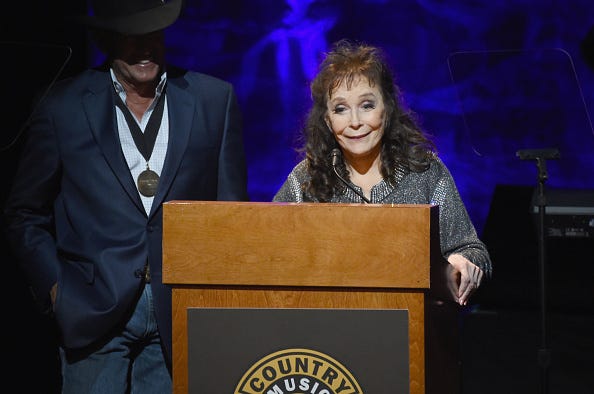 The First Lady of Country Music has died at age 90. She was born a coal miner's daughter, was married at age 15, and became one of the most influential early stars of country music. According to her publicist, she died peacefully in her sleep at her home in Hurricane Mills, Tennessee.
Here are some things you may not have known about her.

1. She was awarded the Presidential Medal of Freedom by President Barack Obama for "courageously breaking barriers in an industry long dominated by men."

2. She was the first solo country female country artist to perform at the White House. In 1971, she was invited there by President Richard Nixon.

3. In 2004, she released an album that was produced by the White Stripes' Jack White. The album "Van Lear Rose" was the 71st album of her career and won two Grammy awards.

4. Her home in Tennessee, a former plantation, was reportedly haunted and was featured on an episode of "Ghost Adventures."

5. She released her final album shortly before her 89th birthday. "Still Woman Enough" was produced by her daughter Patsy and John Carter Cash, the son of Johnny Cash and June Carter Cash.