Looking for a spark after losses to Ohio State and Marshall, Notre Dame called on former Heisman Trophy finalist Manti Te’o, who returned to campus for Saturday’s game against Cal, energizing fans with an inspirational speech, urging South Bend to get behind its beloved Irish.

Here’s Manti Teo’s full 2 minute speech to Notre Dame fans outside the Library. It was pretty awesome. Listen to the whole thing.

One of the most decorated players in school history, Te’o’s world was turned upside down when the linebacker was catfished by Naya Tuiasosopo, exposing the shameful revelation that his girlfriend Lennay Kekua (believed to have died in a car accident) never existed. The scandal and its aftermath changed the trajectory of Te’o’s life and career, losing millions by falling to the second round of the 2013 Draft. Te’o revisited the controversy in a recent Netflix documentary, admitting it took years of therapy for him to finally move on, forgiving Tuiasosopo, but more importantly himself.

After bearing his soul on Netflix, confronting the lowest moment of his life, Te’o was treated to a hero’s welcome Saturday, receiving a lengthy ovation after being shown on the stadium jumbotron. A visibly emotional Te’o acknowledged the crowd, holding back tears as 80,000 fans came to their feet, delivering a moment the 31-year-old will never forget.

Te’o’s capacity to forgive, choosing love and kindness over resentment and self-pity, is beyond admirable, a lesson for all who experience similar bullying and abuse, ruthlessly mocked for an embarrassing incident that could have happened to anyone. 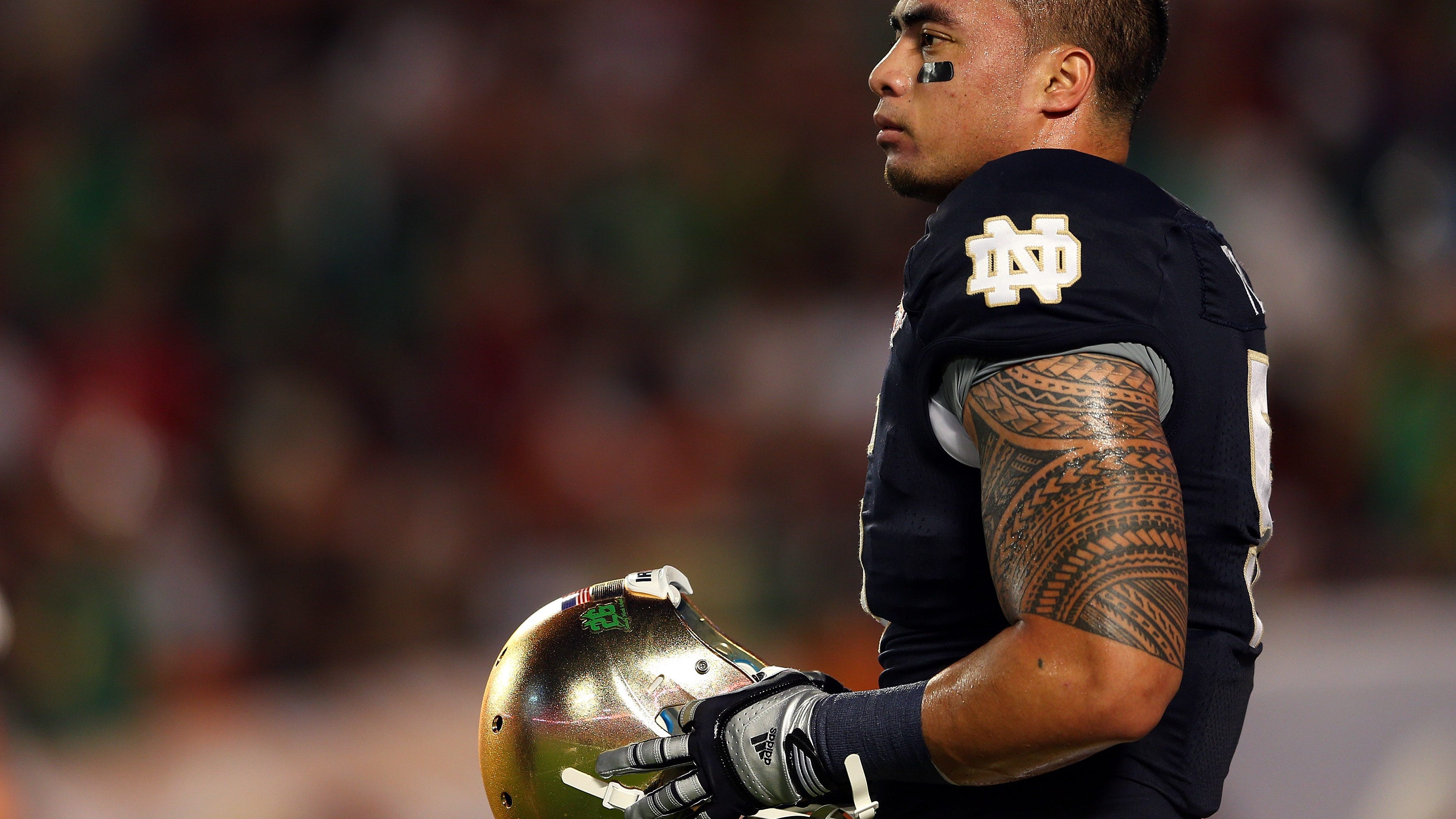 Manti Te’o gives tearful monologue in heartbreaking Netflix doc: ‘Treat them nice, in a world that just spit on you’