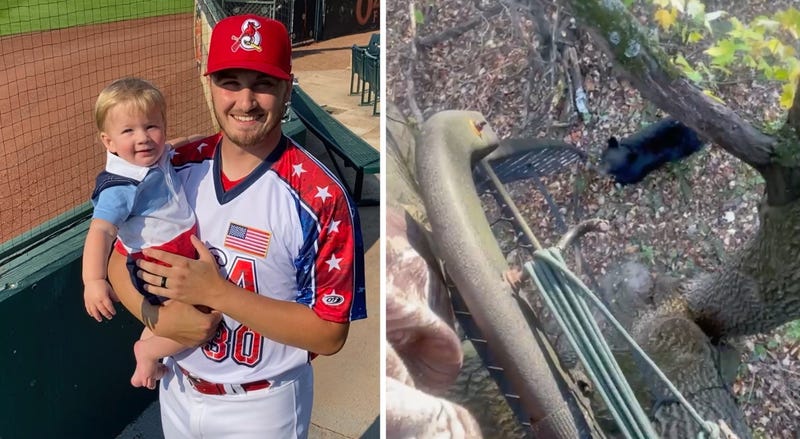 TREMPEALEAU COUNTY, Wis. - A pitching prospect for the St. Louis Cardinals is counting himself lucky after being bitten by a black bear that climbed up a tree he was bow hunting from.

Dalton Roach, a 25-year-old righty who played for the Springfield Cardinals in his second season of professional baseball, told the Eau Claire Leader-Telegram it was the first time he'd even seen a bear on the family-owned land he's been hunting on for years. Roach began taking video of the bear as it approached his tree, then decided to stop recording so he could be "﻿hands-free."