Before the title-hungry San Diego Padres landed superstar slugger Juan Soto in a blockbuster trade with the Washington Nationals on Tuesday -- solidifying their championship-or-bust approach to the 2022 campaign -- they bolstered the back-end of their bullpen by acquiring All-Star closer Josh Hader in a wild five-player deal with the Milwaukee Brewers. And the move wasn't welcomed by Brewers set-up man Devin Williams, who told reporters he was "surprised."

The timing of Milwaukee's decision to part ways with Hader -- the reigning NL Reliever of the Year and baseball's current saves leader -- caught pundits and fans off guard. Despite having an ugly July, in which he allowed 13 runs across 9.1 innings for a bloated 12.54 ERA, Hader came with control through 2023 at a reasonable price. Plus, the Brewers (57-47) are a legitimate playoff contender, with a narrow first-place lead in the NL Central. Williams' despondent reaction to Hader's exit signaled a disconnect between players and front offices, and Miami Marlins infielder Miguel Rojas believes communication must improve.

"If you want a team to actually be a team, everything needs to be connected. From the front office to the coaches, players, and the clubhouse guys," Rojas told The Chris Rose Rotation podcast on Wednesday. "Players need to know what they're playing for, what they're up to. We want to win -- we want to win for our families and for the fans... But, at the end of the day, those guys in the clubhouse created a bond throughout the whole year, going through the ups and downs. And they all know they're better with Hader and Williams.

"We all know Williams can close. That's not the question here. The question is, why do you want to a move a guy who's been so good with your organization and with your eighth inning guy? And maybe Hader's the reason why Williams is so good in the eighth. Because he got the confidence. For an organization to do that, they have to come to the players, actually let them know... I talked to Derek [Jeter] a lot -- especially the year we went to the playoffs. And it was constant communication with him..."

Hader, who turned 28 in April, owns a career-high 4.11 ERA this season with 29 saves and 60 strikeouts over 38 games. In exchange for the four-time All-Star, the Brewers acquired Padres reliever Taylor Rogers, pitching prospect Robert Gasser, right-hander Dinelson Lamet, and outfielder Esteury Ruiz. Lamet didn't last a week with his new club -- Milwaukee designated him for assignment on Wednesday, just two days after the trade was finalized. As for Hader, he made his Padres debut on Tuesday, recording a strikeout in a scoreless ninth inning.

With the additions of Hader, Soto, switch-hitting first baseman Josh Bell, and veteran infielder Brandon Drury, San Diego was the clear-cut winner of MLB's trade deadline. According to FiveThirtyEight projections, the Padres currently have an 86-percent chance to reach the postseason and a 3-percent chance to win the World Series. Neither the Padres nor the Brewers have hoisted the Commissioner's Trophy since joining the league in 1969. 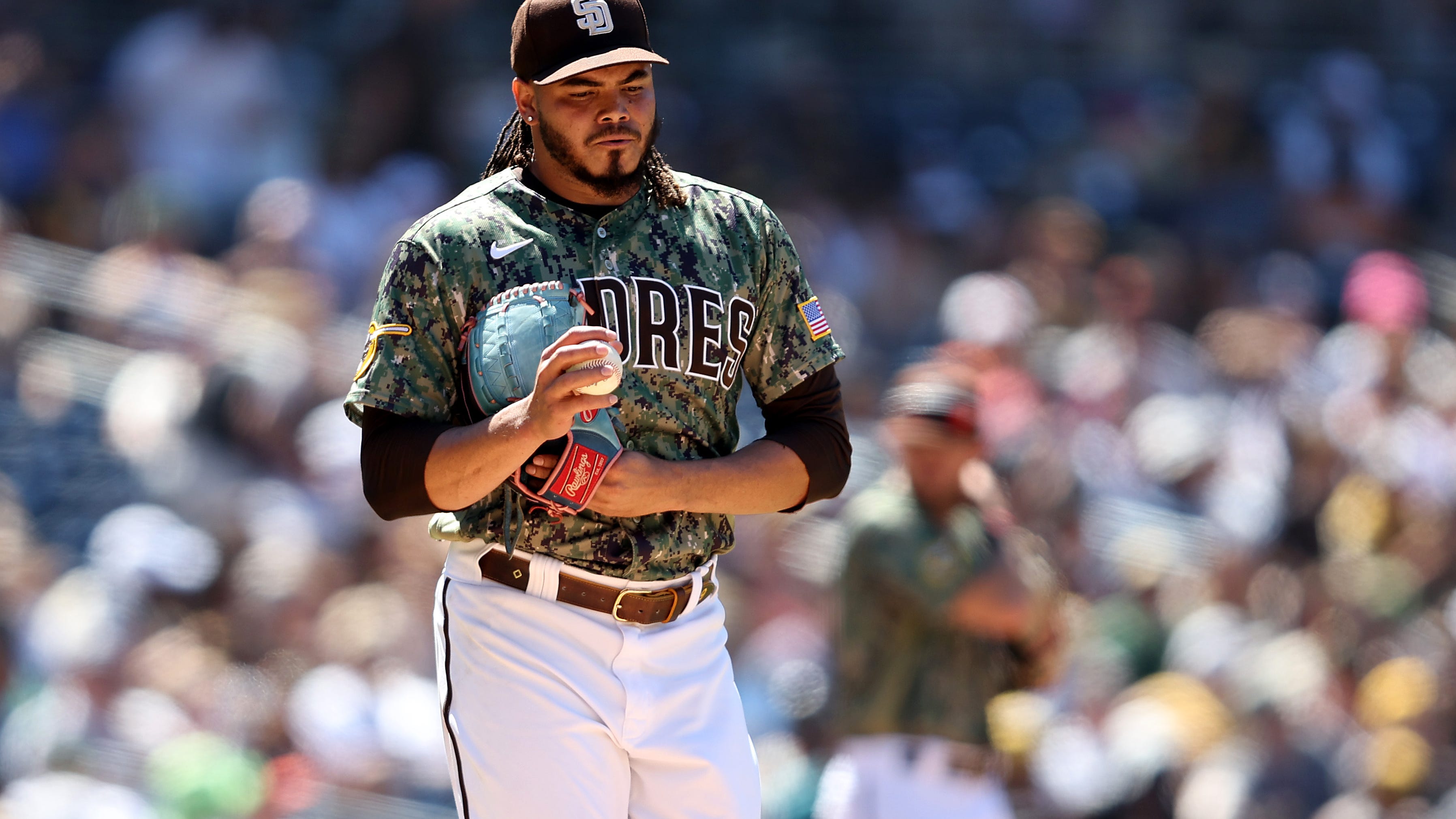