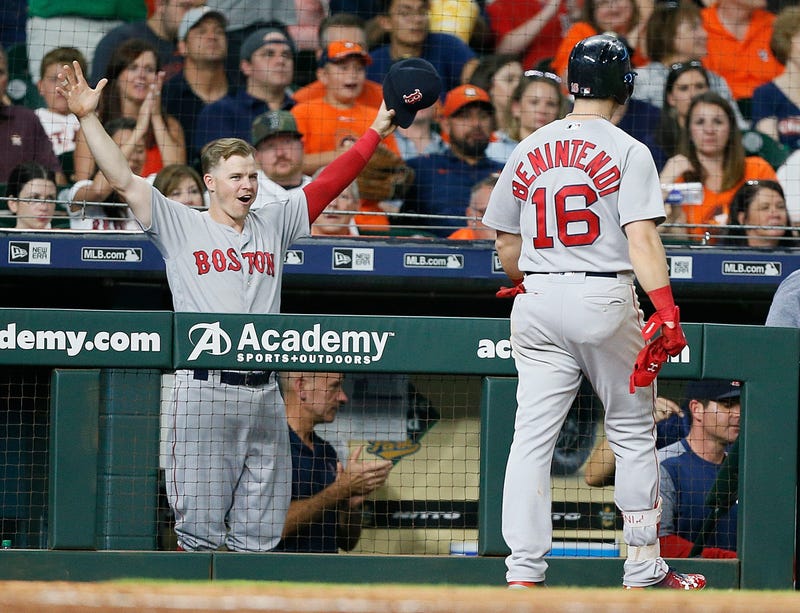 Andrew Benintendi will return to Fenway Park as a visitor Friday night, batting sixth and starting in left field against the Red Sox, who he spent five seasons with, winning a World Series in 2018. It’s anyone’s guess how Benintendi will be received by fans, especially now that he’s joined the rival Yankees, who acquired him at this year’s trade deadline.

Benintendi thought the stunt was “pretty funny,” telling reporters he'd been warned Holt planned to tag him in an Instagram post, but didn’t specify what for. Named to his first All-Star Game earlier this year, Benintendi’s Yankees career has gotten off to an inauspicious start, batting just .175 with 11 strikeouts in 50 plate appearances. The slumping Bombers arrive at Fenway having lost seven of their last eight, though the Red Sox haven’t been much better, dropping six of eight while falling to last place in the American League East.

Benintendi said Holt texted him today saying he was going to tag him on social media but didn't say with what. 'I thought it was pretty funny.' - Benintendi pic.twitter.com/we8Pp4WySp