The Bengals took care of business and then some in Buffalo on Saturday with a 27-10 win over the Bills to advance to the AFC Championship Game. But it could’ve been an even wider margin of victory for the road underdogs.

Cincinnati had not one, but two controversial calls go against it in the blowout win. First, Joe Burrow connected with Ja’Marr Chase on what looked like a touchdown to put the Bengals up 21-7 in the first half. Instead, the Bengals kicked a 28-yard field goal to take a 17-7 lead into halftime.

Then in the fourth quarter with the Bills trying to stage a comeback, Mike Hilton appeared to force a fumble while Josh Allen was attempting to pass. However, after review, the call on the field was reversed and the Bills kept possession.

Those two calls had many football fans up in arms and it didn’t stop there.

Danny Parkins and Andrew Fillipponi of the Audacy Original Podcast “1st & Pod” sounded off on the controversial calls that “infringed on the integrity of the game.”

“I could not believe that fumble was overturned,” Parkins said (17:58 in player above). “Both those calls in this game I couldn’t believe it. Ja’Marr Chase caught that ball, so it should’ve been three touchdowns for Burrow, and Josh Allen absolutely fumbled that ball when he got hit. The arm was not going forward… I was shocked by both replay decisions.”

The Bills ultimately ended up turning the ball over on downs on that drive, so it didn’t necessarily impact the final score, but Chase’s touchdown being reversed did. In fact, both calls going Buffalo’s way may have been more than just questionable.

“I thought both of those calls going for Buffalo actually infringed on the integrity of the game,” Fillipponi said. “It boggles my mind that in a league that has done everything it can to promote scoring and wants it to be all of this offense and touchdowns and high-scoring games, why are they taking touchdowns like the Chase play off the board?”

Chase caught the ball in the end zone and got two feet down but it was ruled that he did not maintain possession all the way to the ground.

Matt Milano forces the ball loose to prevent the TD.

“It’s antithetical to everything that the league is trying to do,” Fillipponi continued. “You would think that their baseline rule in that situation, or standard, would be when in doubt just call it a touchdown because they want points. Now we’re talking about the ball spinning in a guy’s hand. It’s completely ridiculous.”

The fumble also should’ve remained as called on the field, Fillipponi opined.

Nevertheless, even with two controversial calls going Buffalo’s way, the Bengals upset the Bills to advance to the AFC Championship Game in Kansas City next week. 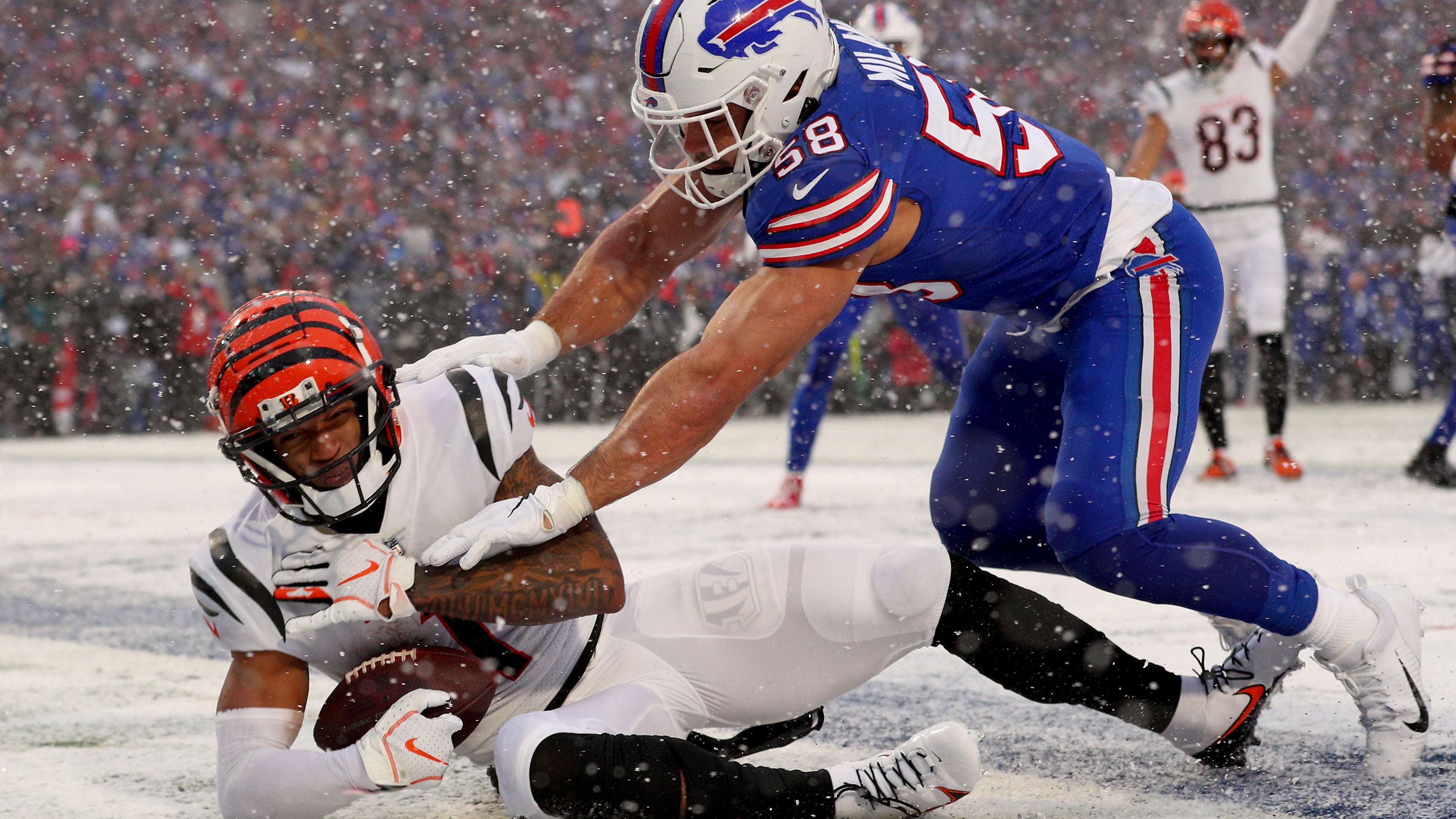 What is a catch? NFL fans sound off after Ja'Marr Chase TD overturned