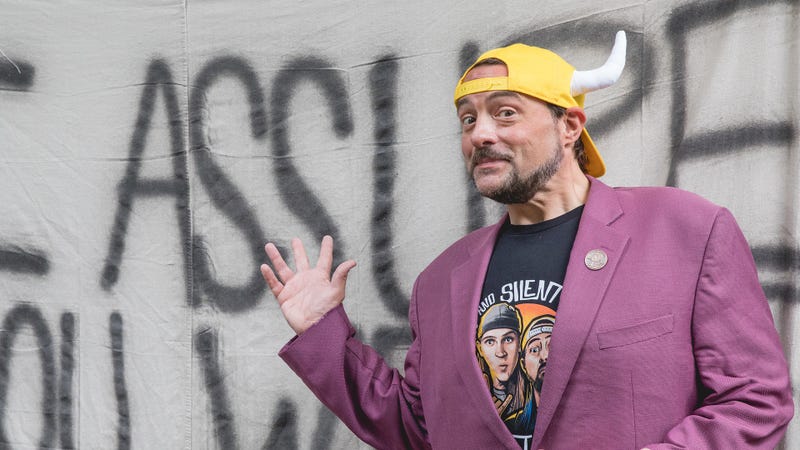 LISTEN NOW: Shannon In the Morning talks with Kevin Smith

Smith's main reason for the call was to let fans know about his upcoming Double Feature showing his Tusk flick, previewed by a live Hollywood Babble-On, and Q&A afterward with Kevin at his newly purchased Smodcastle Cinemas (formerly the Atlantic Movie House) in Atlantic Highlands, New Jersey on October 8th.

Kevin knew just how to get on Scott's good side right at the jump, telling him that he watched Shannon's flick about his '80s days at Z-100, Worst To First, to prepare for a movie he's been busy writing taking place in the greatest decade. "I absolutely loved it," Smith says. "My only complaint about the movie, too short. It was like an hour. I could have watched two more hours of it, but it came in handy because I was writing a script at the time set in 1986, so watching the documentary put me right in the zone."

Getting into his big news, "I bought a movie theater in my hometown," Smith says excitedly. "That's where I'd go with my dad when he would take me to the movies and pull me out of school for like a half day... My mom would be like, 'your dad's coming to pick you up.' I was like, 'but I got school, what do I tell the nuns?' She said, 'you tell the nuns that your aunt died!'"

"Me and my friends bought that movie theater," Kevin continues. "We just renamed it Smodcastle Cinemas. One of the first things we're doing is an event next weekend, on Saturday, October 8, I'm bringing my 'Hollywood Babylon' podcast to the Smodcastle Cinemas... and then at 11PM we're showing an encore screening of 'Tusk,' the movie I made years ago, the weird walrus movie, part of a Halloween month."

"I'm gonna be there of course for both shows," he adds, "and now that we got the movie theater I'm gonna be here in Jersey a lot more often doing a lot more programming. George R.R. Martin is coming here in November, The Russo brothers are coming here with the two 'Avengers' movies to do a Q&A in December..." 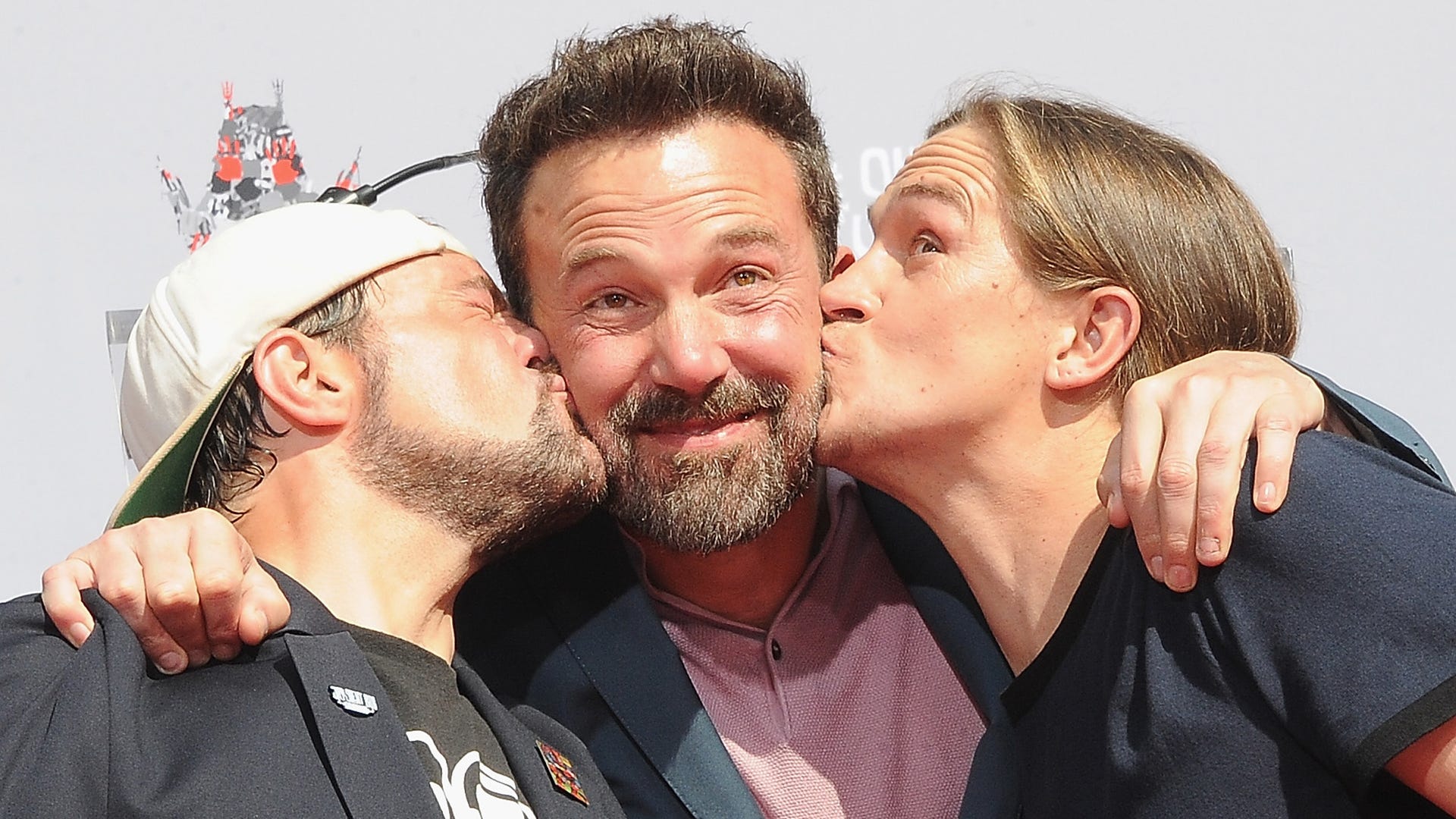 Of course, Scott and Patty had to grill him on his friendship with Ben Affleck, whose wedding to Jennifer Lopez Kevin attended over the summer. "We met during the 'Mallrats' auditions," Kevin explains. "He was just one of the actors that just came in, a young kid. We saw a lot of young kids, all of young Hollywood, like the Toby Maguire's of the world. And there was Ben. He had just sold the script to 'Good WIll Hunting'... so when he came in to audition, I was like, 'what are you doing here man? You don't need an acting job, you can write your own movies!'" Kevin also confirmed that his film Clerks served as the inspiration for Affleck to write Good Will Hunting: “Yeah him and his buddy were like, ‘well if this idiot can do it with 'Clerks,' then we could write a script,'" he jokes.

"I've known him for a while, I just went to his wedding a couple of months ago," Kevin adds. "I was supposed to go to the wedding they were gonna have 20 years ago. So 20 years later... the same gift I had gotten them 20 years ago I was able to give them this time!"

Listen to the full interview above for more with Scott, Patty, and Kevin -- and for tickets and info on Smith's Double Feature on October 8 and further events and screenings, visit AtlanticMovieHouse.com.