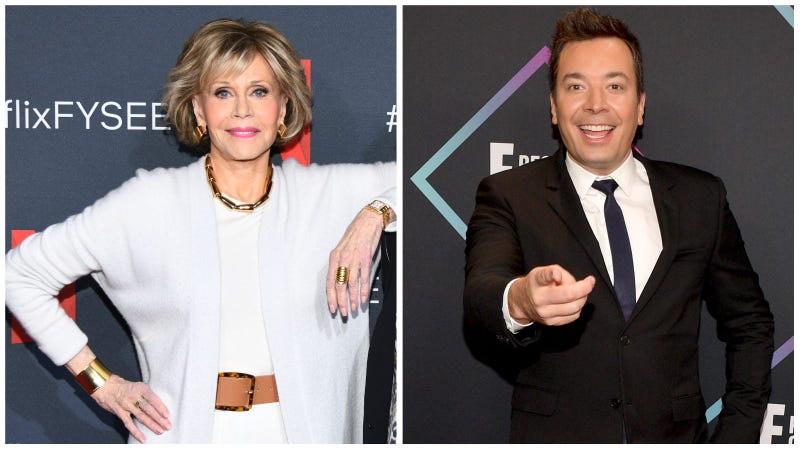 The “coastal grandmother” trend now has its official anthem.

In the clip, Fallon is decked out in a ‘90s-inspired look featuring a wavy shag hairstyle, white leather jacket and baggy pants as he croons about his love for the older lady beachy movement.

"You don't know what your vibe is doing to me," Fallon sings. "It's like all your cool comes naturally, tell me what you call this, I'm in agony."

The lyrics continue to describe qualities of the CG lifestyle, which Fonda simultaneously acts out in perfect synchronicity.

"Your gardening gloves just drive me crazy, only you could wear 18 shades of beige and navy,” Fallon continues. “Open concept kitchen, sensible shoes, divorce your husband, then binge 'The View.'"

The funny clip ends with Fonda looking through her pocketbook and asking, “Anybody need a Tums?”

The CG trend was coined by social media influencer Lex Nicoleta after sharing a viral TikTok in March. Despite its name, Nicoleta said “you don't have to be a grandmother to be a 'coastal grandmother'. It's for anyone and everyone."

It’s a coastal grandmother world, so break out your Banana Republic best and get into it!