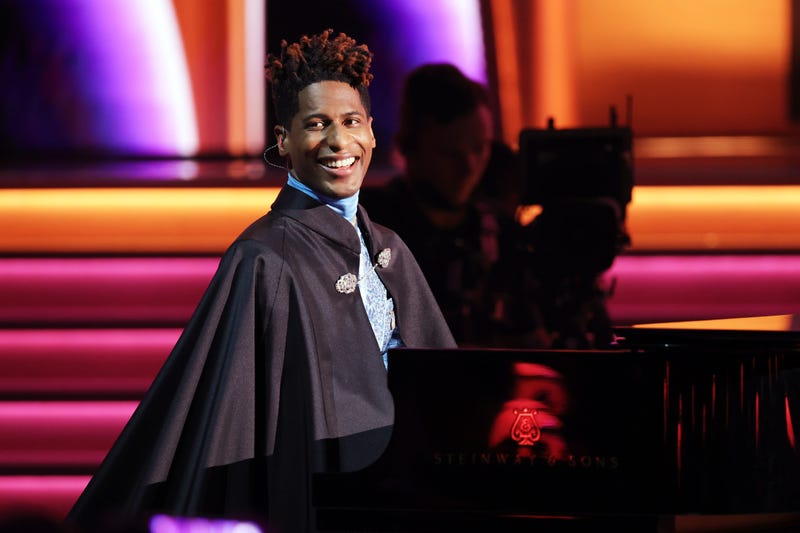 By Audacy
After seven seasons, Jon Batiste is stepping down as The Late Show’s bandleader, Stephen Colbert announced on-air Thursday (August 11).
Listen to Black Icons now on Audacy
“We've been so lucky to have a front row seat to Jon's incredible talent for the past seven years,” Colbert said. “But we're happy for you, Jon, and I can't wait to have you back on as a guest with your next hit record.” According to a press release, Batiste is leaving the show to pursue personal and professional interests. Previously, he co-composed the score for Disney Pixar’s Soul for which he received an Oscar, Golden Globe, GRAMMY and a BAFTA Film Award. Most recently, the acclaimed musician won four GRAMMYs including Album of the Year for his eight studio album We Are.