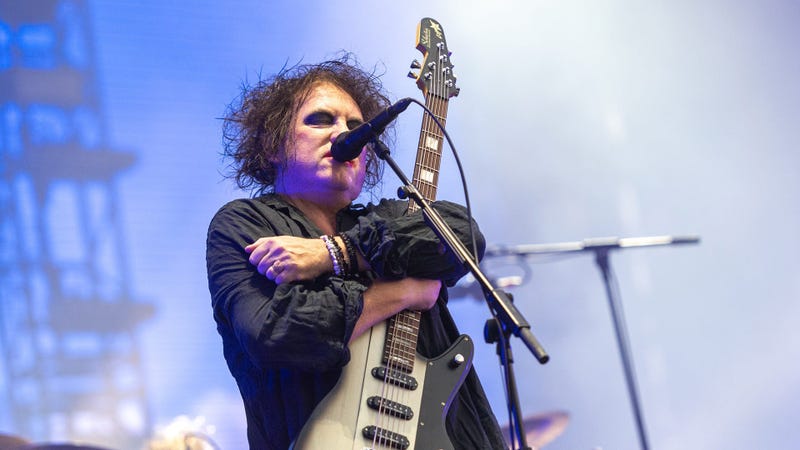 By Audacy
Coming this fall, The Cure is offering up a "wish come true" for longtime fans following the wonderfully mopey British rockers from their early days. The group will be releasing a 30th Anniversary edition of their beloved 1993 album Wish, with a bonus bulk of songs that had been previously unreleased.
Listen to your favorite music now -- curated for fans, by fans -- on Audacy’s The Cure Radio, and more!

Sure, they're not the earliest tracks from The Cure that you can find, but they've already collected their catalog of teenaged demos quite a few times for fans to pore over to their heart's content. But for those who prefer the '90s stylings of Robert Smith and Co., ala "Friday, I'm In Love," "High," and "A Letter To Elise," the band's latest news will have you sitting on the edge of your deep green seat.

The Cure have confirmed that a very special deluxe edition of Wish is set to arrive on October 7 featuring the full, 12-song original album now remastered by frontman Smith and Miles Showell at the legendary Abbey Road Studios in London. Adding to the re-issue will be 24 unreleased demos, instrumentals, and remixes -- plus four fan club-only tracks from their 1993 Lost Wishes mail order cassette tape.
In a press release, Smith says while the band was recording demos for Wish, “We got around 40 songs put down during those two sessions... We were on fire!" Get yourselves heated for the official release by listening to the track ‘Uyea Sound’ from their Lost Wishes tape below.