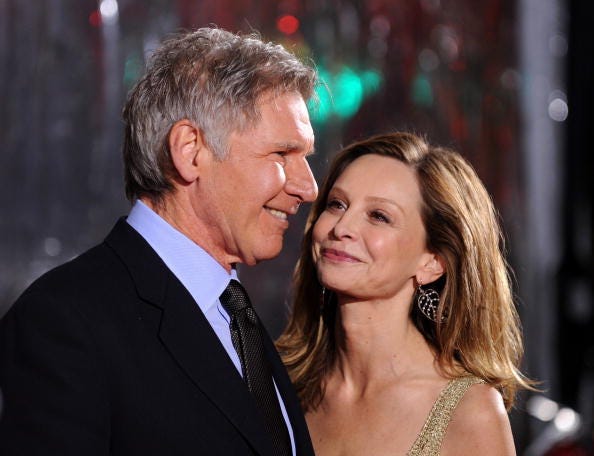 Harrison Ford and his wife Calista Flockhart will be celebrating 10 happy years of marriage together in June, and now, he’s opening up on what his secret is to a healthy marriage.

Ford, 77, and Flockhart, 55, may be nearing their 10th wedding anniversary, but that doesn’t include the 8 years prior that they were dating. With a total of 18 years under his belt, Ford has the answers to what makes a relationship work, and it’s fairly simple.

In an interview with Parade about his 50-year career in the film industry, Ford quips about the key to success in marriage. “Don’t talk,” he says. “Nod your head.”

But it’s not all silence for the actor. Ford, who recently starred in “The Call of the Wild,” continued on to say that as long as his portion of the housework is done, there are ways he likes to further enjoy himself.

A post shared by Call of the Wild (@callofthewild)

“Well, if my chores are done and there’s nothing more pressing and the weather’s good, I’ll go flying – I love to fly up there – or walk in the woods, do some work, ride my road bike or mountain bike,” he said.

Back in 2017, Flockhart also shared what she believes to be the reason for their lasting marriage. In an interview with Closer Weekly, Flockhart revealed, “Harrison and I laugh a lot, and humor is everything to me.”

She also made a point to mention that their 22-year age gap is a “non-issue” to the couple. “The truth is, I sometimes feel very much older than Harrison,” she admitted.

The pair met at the 2002 Golden Globes and were married in June 2010, Fox News reports.