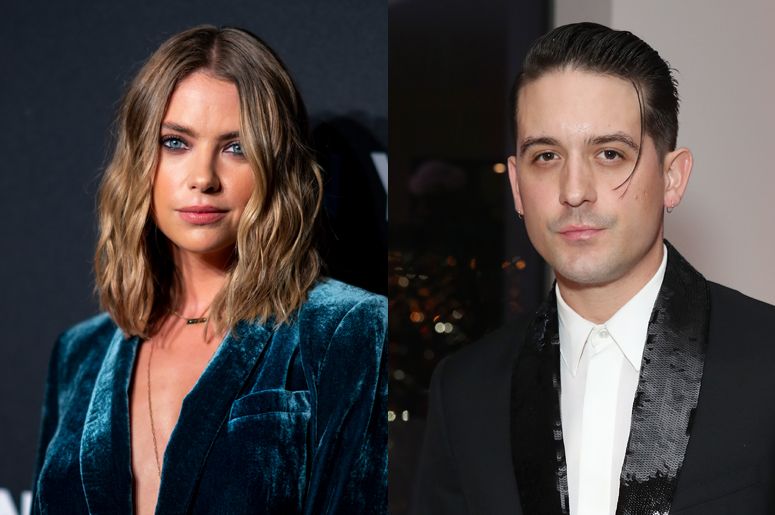 Love isn’t real, and if it is, it’s doing a lousy job of convincing us it is. With every year that passes a new batch of celebrity break-ups remind us just how fleeting relationships can be, and 2021 is clearly no different. Oh, if couldn’t already tell, we’re not very happy about Ashley Benson and G-Eazy breaking up. Like at all.

While this one didn’t hit us as hard as say, Brad and Jen or Miley and Liam, we’re still not happy about Ashley and G calling it quits after less than a year together. We we’re super into them as a couple, after all they did find love in this hopeless place, aka during a pandemic.

First igniting romance rumors thanks to some sneaky paparazzi pics in May, shortly after her break-up from girlfriend Cara Delevingne was announced, for 9 whole months Ashley and G seemed in L-O-V-E love, spotted together hiking, dining and shopping all over New York and LA.

The two even did the most coupley couple thing of all and rocked matching Halloween costumes.

It seems like just yesterday (but it was actually in December) that G-Eazy was professing his love for Ash with an adorable IG birthday tribute. ”Happy birthday beautiful,” the post’s caption started off, followed by a heart emoji and a cliché but still super sweet confession, “@ashleybenson I love you to the moon & back." Of course by now, the post is deleted and we're left with nothing but the memories and this empty feeling inside.

Neither A or G have confirmed nor denied yet, so maybe there’s still hope. Actually we take that back, we just checked and she's unfollowed him on Instagram. Pass the Ben & Jerry’s, it’s time to wallow.