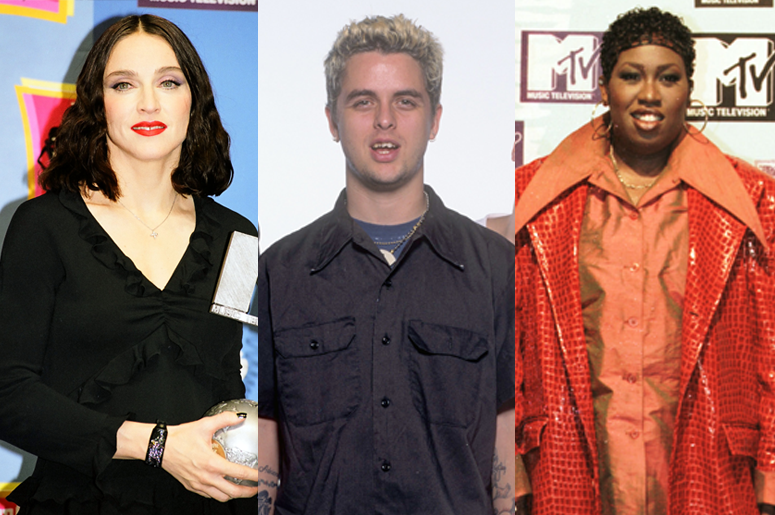 In no particular order and for your viewing pleasure, we’ve compiled a list of 10 music videos from the 90s that left us feeling weird. Why you ask? Well because we love you and want you to feel what we’re feeling.

If we’re keeping it real, these videos make no sense, not then, and still don’t 20 sum years later. If you weren’t alive back when any of these first came on the scene, then we’re happy to be able to impart some wisdom. For those who are aware of some if not all on the list, we’re sure you’ve seen you fair share of strange since then, but we believe and surely you agree, the collective oddness of the following videos stand the test of time.

If you have any idea what’s happening here please feel free to share. If we had to guess, while Madonna claims throughout the song and states through its title, “Nothing Really Matters” clearly by her kung-fu grip on the water filled plastic bag, that clearly does. And that’s just one of the many strange occurrences, including spastic dancing seen throughout this music video. Two things we’re in full understanding of, the fashion and Madges eyebrows.

Missy is no stranger to out of the ordinary music videos, including this one from the icon’s debut album. Featuring lots of green screen action and space men figurines shooting out laser beams, “Sock It 2 Me” was just part of our introduction for what was to come from this Supa Dupa Fly lady of rap. Yes, it’s weird, but it’s the good kind of weird, and yes there’s a difference.

Nearly naked, but not quite, thanks in part to conveniently placed long hair and strategically placed shadows and blurs. Alanis serenades us while riding the bus, standing in busy city streets while strangers come up and touch her, and somberly standing in a super market aisle. Please don’t argue with us, you know it’s strange.

What did we expect, the song’s title has the words brain and stew strewn together. As the first half shows the band in sepia tone, chillin’ in a landfill, it randomly cuts to hula dancers and a chalkboard. And just when you think you couldn’t be more confused, a technicolor dizzying performance is here to foil you once more.

The song is no doubt fire. As for the video and it’s weirdness, one word - puppets. There's just something creepy about a puppet.

Everything about this makes us feel weird, from the song, to the visual, to David Hasselhoff, as it should. We’re guessing of course, but glad you agree. Ooga chaka.

Just the intro alone is more than enough to classify this video under the category of weird. While were at it, the track’s strange lyrics is were the oddities begin, no seriously, what’s a "succotash wish"? Visually, the psychedelic DJ disco party, while dope, has us feeling twirly. And according to us, twirly is a synonym for weird, but the good kind. And as we’ve already established yes there’s a difference.

The only thing that isn’t creepy and strange about this music video is the baby goat. Everything else… weird. Blank happy stares, a literal suburban nightmare, and a close up of a cockroach, no thank you. While our ears are pleased, our eyes can never unsee this and we have mixed emotions about it.

This pains us more than you’ll ever know, because we heart N’SYNC, but this one’s gotta make the list. Taking things a little too literal, “Thinking of You (I Drive Myself Crazy)” sees the boys in an actual insane asylum with padded white walls and straight jackets. Not sure this one would slide these days, but alas it was the 90s, things were weird and so is this music video.

Head banging blue alien dudes aside, the auto-tune of this song alone helped this song get its “so bad, it’s good status." As for the music video that's just all bad, and could only have been released in the 90s when computer graphics were making their way onto the scene but no one knew what to do with them. To be honest things don’t get any better when the band is on screen either.