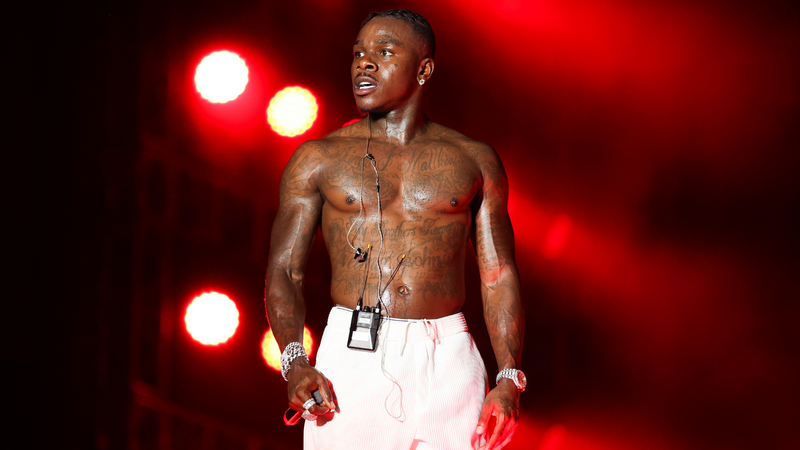 "I know DaPublicist is tired" is one of the first tweets we came across after DaBaby decided to issue a blanket apology after his homophobic and misogynistic comments at Rolling Loud.

Anybody who done ever been effected by AIDS/HIV y’all got the right to be upset, what I said was insensitive even though I have no intentions on offending anybody. So my apologies 🙏🏾

He later implied that many overreacted to his statements. The rapper tweeted, "I tell fans to put a cellphone light in the air, y’all start a million man March.
I told you y’all digested that wrong but I ain’t gone lie I’m impressed. Now show this same amount of support when a racist cop kill one of our black a**…YA NOT." Singer, Destin Conrad, summed up reactions perfectly, saying "what is DaCorrelation?" At this point, artists and brands who've collaborated with DaBaby began to express their disdain. boohooMAN issued a statement: "boohooMAN condemn the use of homophobic language and confirm we will no longer be working with DaBaby [...] We stand by and support the LGBTQ+ community, and do not tolerate any hate speech or discrimination in any form." Dua Lipa also was "surprised and horrified" at DaBaby's comments.

We stand by and support the LGBTQ+ community, and do not tolerate any hate speech or discrimination in any form.

DaBaby addressed them as well. He tweeted, "& for any brands, networks, or artists that like to profit off of black rappers influence on the culture, without understanding it or having the patience to deal with what comes with the position we play in our culture. Keep yo money next time us 'N****S' human too. #GodBless." He ended his response with a show promotion and this: "Other than that y’all cheer the f*** up & be proud of who you are cuz you can’t make me feel less of myself."