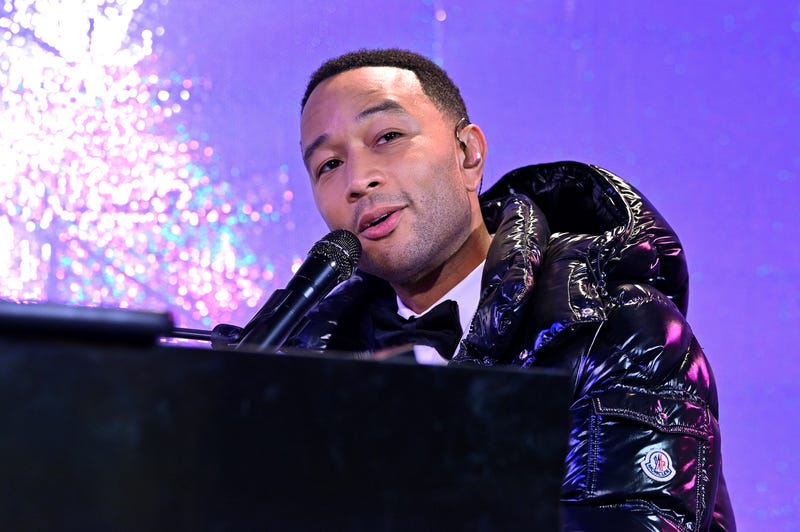 The Voice’s twentieth season is already off to a historical start! During Monday night’s (Mar. 1) premiere, North Carolina A&T senior, Victor Solomon performed his rendition of “Glory” from Selma during the Blind Auditions.

Unless you’ve been living under a rock, the Oscar-winning song was written and performed by John Legend, along with Common. One person who hilariously had no idea of this tidbit was fellow coach, Blake Shelton. Shelton was the first to turn his chair in support of Solomon, almost immediately. Legend and Nick Jonas followed soon after.

The Country star was the first to state his case about why Solomon should choose him as a coach. Once Legend and fellow coach, Kelly Clarkson realize that Shelton had absolutely no clue that Solomon’s song selection is a John Legend original, the two teased him playfully. Shelton, in his defense, simply said, “an angel wrote that song is all I know. I knew it was an angel.” Clarkson felt she stood no chance when Legend turned his chair around.

It is a rarity for Legend to turn his chair when anyone is covering his songs. The esteemed crooner expressed, “I have literally zero times turned for someone singing my song. It's just that I scrutinize it more heavily than I normally would, but I was like, 'I don't need to do that.' I was like, 'He's doing some things I haven't done that are better than what I would do with the song.' He was better than me! He was better than me."

Solomon, then, mentioned just how much of an inspiration the singer has been in his life. He reflected on his eighth grade talent show performance of Legend’s GRAMMY-winning hit, “Ordinary People,” in which he won and the two began to sing the song together. On Twitter, the support began pouring in for Solomon. One user even saying, “John saying Vic sounded better than him on his song?!? Sounds like a winner to me.”

John saying Vic sounded better than him on his song?!? Sounds like a winner to me

In case you missed it, Solomon, of course, chose Legend as his coach. Hopefully, that spoiler alert wasn’t so spoiled. Watch Solomon's powerful performance above.

John!!!!!! So grateful and honored to work with you man!!! Much love!!!🖤 #TEAMLEGEND https://t.co/uDWALPfPjn