Vanessa Bryant has accused her mother of attempting to "extort a financial windfall" from her, following the death of husband Kobe Bryant, by filing a lawsuit asking for back pay she claims she is owed.

In court documents obtained by People, Sofia Urbieta Laine is suing her 38-year-old daughter for financial support and claims she worked for the family as a “longtime personal assistant and nanny.”

The 68-year-old also alleges that prior to his death, Kobe “promised to take care” of her “for the rest of her life.”

“Unfortunately, Kobe Bryant’s promise did not see the light of day as he is now deceased and Vanessa Bryant took each and every step she could to void and cancel all of Kobe’s promises,” the lawsuit alleges.

In a statement to the outlet, Vanessa, who lost her 13-year-old daughter Gianna in the same helicopter crash that killed Kobe and seven other people in January, said her mother is “continuing to try and find ways to extort a financial windfall from our family.”

Vanessa Bryant Says Mother Trying to 'Extort a Financial Windfall' from Her with 'Hurtful' Lawsuit​ https://t.co/IjL1cQ1I9j

"I have supported her for nearly 20 years, and she was never my or Kobe's personal assistant, nor was she a nanny," Vanessa said. "I have always been a stay-at-home mother and my husband and I were our daughters' full-time caregivers."

“She was a grandmother who was supported by me and her son-in-law at my request,” Vanessa alleges. "She now wants to back-charge me $96 per hour for supposedly working 12 hours a day for 18 years for watching her grandchildren.  In reality, she only occasionally babysat my older girls when they were toddlers.”

Vanessa also claims her mother has “demanded $5 million, a house and a Mercedes SUV” and "because I did not give in to her hurtful threats and monetary requests, she has spiraled out of control and is making false and absurd claims." 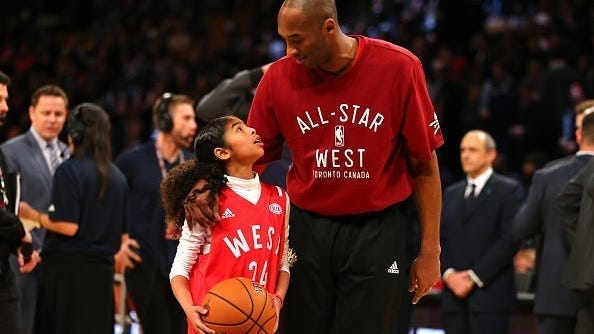 The former model, who is mother to daughters Natalia, 17, Bianka, 4, and Capri, 18 months, called the lawsuit "frivolous, disgraceful and unimaginably hurtful” and said Laine “has no regard for how this is affecting my children and me.”

“My husband never promised my mother anything, and he would be so disappointed in her behavior and lack of empathy,” Vanessa said in her statement.