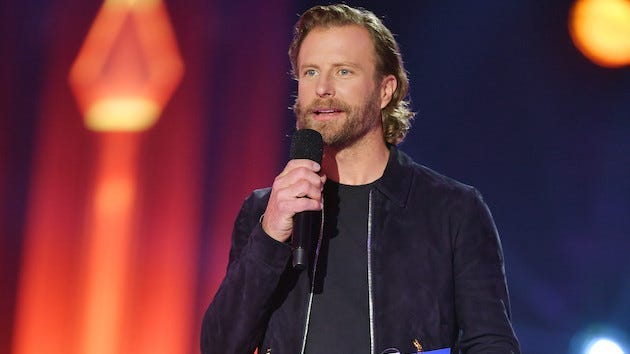 Dierks Bentley is gearing up for new music. The singer posted a smiling studio selfie on his social media this week, against a backdrop of recording equipment and instruments.

“Back in the studio with the band working on some new tunes. Album number 10...here we go!” the singer wrote alongside his post.

Dierks tagged himself as being in Nashville, so presumably he’s returned to Music City to make his record this time around. He wrote and recorded the bulk of his last album, 2018’s The Mountain, in Telluride, Colorado, the state where he and his family have also been hunkered down for much of the pandemic.

Most recently, Dierks also broke ground on a fourth location of his Whiskey Row bar and eatery in Denver.

WATCH MORE: Dierks Bentley takes a trip down memory lane to his first number one

But despite his love for the mountains, the singer has always made it clear that he planned to return to Nashville at some point.

“I am sure I will move back to Nashville because it’s the Country music capital of the world and a great place to work out of,” he admitted to People last October.

Dierks has already shared the first taste of his next musical chapter with “Gone,” his current single, which is inside country radio’s Top 30.

That song -- an uptempo ode to being out of touch in the wake of a breakup -- has some metaphorical resonance with the pandemic era: Lots of people feel like they’ve been “gone” from everyday life, even if they haven’t left the couch.

“Gone” also earned Dierks a nomination at the upcoming ACM Awards ceremony for Video of the Year. He’s nominated for Male Artist of the Year at the show as well.