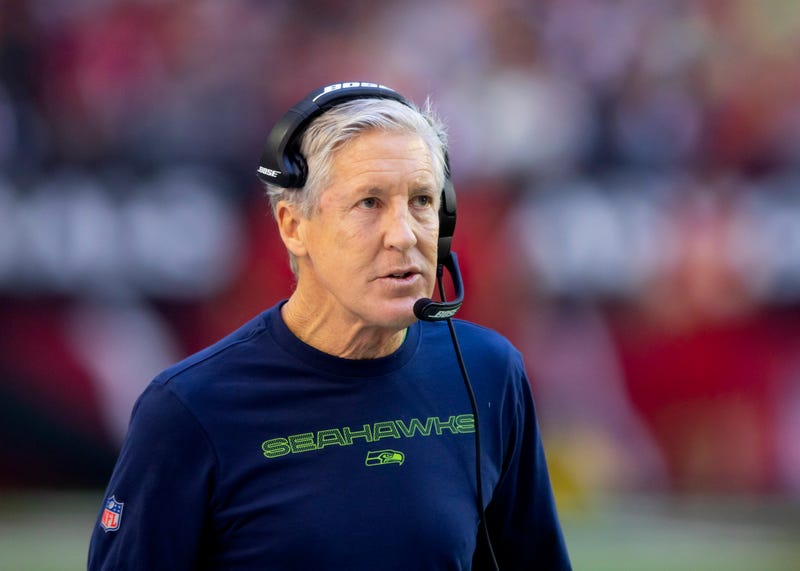 Photo credit IMAGN
By Will Darkins, 1080 The FAN

Don’t ask about DK Metcalf. That’s the message NFL teams received this past week when inquiring about a possible trade for Seattle’s star wide receiver. The most recent case came when the New York Jets came a knockin’ and were promptly denied. And we do mean promptly, according to Howard Eskin of 94 WIP/ Fox 29 TV:

“The Jets were going to offer, and Seattle knew it, the No. 10 pick in the fist round. I’v been told by multiple people when somebody calls Seattle about D.K. Metcalf (they said) ‘We’re not trading him. We’re not trading him.’ They don’t even take the offer… They just say ‘Nope’ and they just shut it right down. You can’t even make an offer right now.”

We all know this amounts to some mystery when it comes to Pete Carroll and the Seahawks’ decision making. Just look at what happened with Russell Wilson.

Carroll told reporters at the combine a month or two ago that they had no intention of trading Russell Wilson and we all know how that turned out. All this points to a looming question many fans have heading into this next season; Are the Seahawks tanking? They traded Wilson and Bobby Wagner, easily their two best players, for trade assets. There is no movement on DK Metcalf and he seems the best asset they have.

He has one year remaining on his deal and a contender might view him as the missing piece, if there are enough assets to give back in return. That would be the ultimate tank move for Seattle. But they seem determined to keep the receiver and see what happens this next season with Drew Lock at QB.

It will be interesting to see if Seattle waits out another year before solidifying the quarterback position.