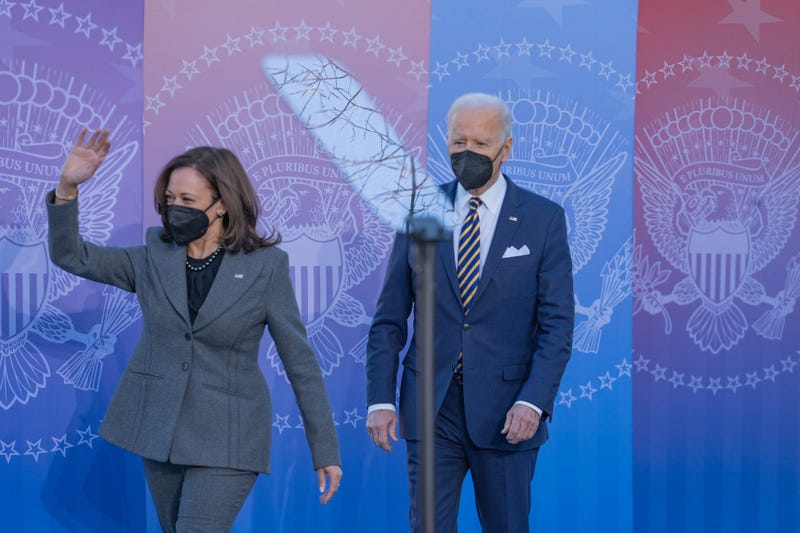 Today on the Zeoli Show, breaking news of another record high of the inflation rates hitting the United States under President Biden at an average of 7%. Americans are feeling it from everything from plumbing costs to your average stop to the grocery store and gas pump. It all falls at the feet of President Biden and Democrats unable to escape this as midterms approach.
Listen to the full show below:

In the first hour of the Zeoli Show, Rich discussed the inability of some politicians to move on from COVID and their own powers given to them during the pandemic. Governor Phil Murphy has again extended the mask mandate in schools in New Jersey and more Democratic states are seeing a max exodus while Republican states are seeing an influx. Also, Elvis Costello wants radio stations to stop playing one of his songs.

In the second hour of the Zeoli Show, Rich discussed politicians' ability to make us believe how divided we are as a nation.
Establishing new, oddly timed departments in the Department of Justice that will focus on domestic terrorism while the military is in North Carolina practicing for guerilla warfare.

In the third hour of the Zeoli Show, Rich discussed Dr.
Anthony Fauci saying that Omicron will likely find everyone in the United States regardless of vaccine status but says people who are vaccinated will have a better fight against it. Which lends to what some experts saying we should just let the Omicron variant spread. And when it comes to the Olympics this February, can we safely send our American athletes to Beijing?

In the final hour of the Zeoli Show today, Rich discussed how Americans are reading fewer books than ever before. Breaking news comes out on inflation hitting another recording high of 7%, the highest levels since 1982 and Governor Phil Murphy declares a public health emergency in New Jersey over COVID-19 again.