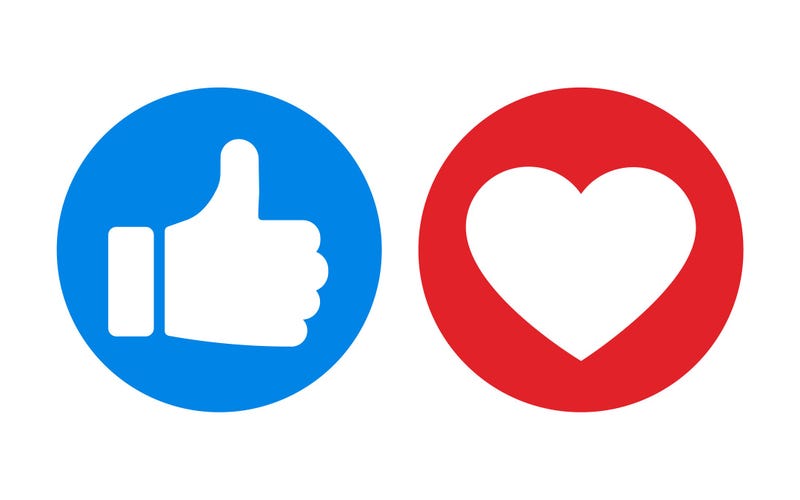 With everything going on, it's easy to get lost in all the negativity....but here are a bunch of POSITIVE stories surrounding the coronavirus. Check em' out. Be prepared to smile.

1.  Videos of people in Italy SINGING together from their balconies went viral this weekend.  The best one is from Siena, Italy, where they sang a popular song about how proud they are of their hometown.  (Here's the video.)

2.  All across Spain, people went to their windows to give healthcare workers a huge round of applause.

3.  A video of doctors and nurses in Wuhan smiling and removing their masks has been making the rounds on social media.  China closed the last of its emergency hospitals last week after spread of the virus there finally leveled off.

4.  For the first time, South Korea had more recoveries in one day than new cases.

5.  After Disneyland shut down, they donated all their extra food to a food bank in Orange County, California.

6.  Last week, we heard about a distillery in Oregon that was making hand sanitizer and giving it out for free.  Now more distilleries around the country are doing it.

7.  Internet providers are offering unlimited, free public Wi-Fi during the crisis.  And the big phone companies are stepping up too.  Verizon is pausing late fees.  And T-Mobile is giving customers unlimited data on their smartphones.

8.  A woman in North Carolina named Becky Hoeffler has been doing grocery store runs for elderly people to reduce their exposure.

9.  A convenience store in Scotland has been handing out free facemasks and hand sanitizer to people over 65.

10.  And a 17-year-old kid near Seattle named Avi Schiffmann started a website in late December that tracks coronavirus cases around the world in real time.

11.  Something called the "Kindness Postcard" has been making the rounds on social media.  It's a card you can print out and put in your neighbors' mailboxes, in case they need assistance.  You just list your name and phone number.  And it says to call if they need groceries, supplies, or even just someone to talk to.

12.  A landlord in Maine announced on social media that he's not charging his tenants rent next month.  And he's calling on other landlords around the country to follow suit.

13.  Celebrity chef José Andrés owns a lot of restaurants.  And even before they were ordered to shut down, he closed up shop . . . and turned a bunch of them into community kitchens to make sure people get enough to eat.

14.  Right before Ohio shut down all its restaurants on Sunday, someone in Columbus left a $2,500 tip.  They wrote on the receipt that they wanted it to be split between five staff members, because they knew they'd be out of work for a while.

15.  The owner of a cupcake shop in Washington state was worried the outbreak would drive her out of business.  But she's doing okay for now, because so many people are buying cupcakes to send to nurses, teachers, and first responders.

16.  And grocery stores have started offering special early morning hours when only the elderly are allowed to shop.  It's so they can avoid exposure to large crowds, and not have to deal with all the insanity that's been going on.

17.  Yesterday in France, the company that makes fragrances for brands like Dior and Louis Vuitton stopped making perfume . . . and started making hand sanitizer.  They'll be giving it out to hospitals for free.

18.  Hospitals in Italy were running out of clean valves used in oxygen masks.  And shipping was disrupted.  So some local 3-D printing companies stepped up . . . printed as many as they could . . . and saved a bunch of lives.

19.  One side effect of the outbreak has been its impact on pollution.  Here's the newest example:  The canals in Venice, Italy are so clean, they're crystal clear right now.

20.  Chicago's Shedd Aquarium had to shut down.  So the zookeepers have been letting some of the penguins walk around and see the other animals.  You can check out the videos they posted on Twitter.

21.  A woman in Pennsylvania has a free mini-library outside her home that she normally stocks with books people can borrow.  Now she's replaced them with free CANNED GOODS.  And apparently more people are doing it.

22.  A regular customer in Houston left a $9,400 tip at a restaurant on Monday, right before they closed down for the next few weeks.

23.  A bunch of young classical musicians were supposed to perform at Carnegie Hall on Monday, but it got cancelled.  So they decided to perform in the middle of Times Square instead.  There weren't a ton of people there, but the Associated Press posted a video.

24.  Canada has created a whole new word to describe all the random acts of kindness we've been seeing.  The word is "caremongering."  Also, the idea of neighbors forming "Kindness Committees" is picking up steam in the U.S.

25.  One weird side effect of the crisis . . . gas prices are plummeting.  The national average should hit $1.99 soon.  And some experts think in certain areas, it'll be under a buck eventually.

26.  On Monday, two kids in Ohio who play the cello decided to do a front porch concert for their elderly neighbor who's been self-isolating.  The video immediately went viral.

27. Some kids in JapaPasten missed their elementary school graduation because of the outbreak.  So they improvised, and threw their own virtual graduation ceremony in the game "Minecraft".

28. A surfer-bro near San Diego has been standing at an intersection with a sign encouraging people to share their toilet paper.  Once people started to give him rolls, he handed them out to other people in need.

29.  Here's a reason to stay hopeful.  Mainland China only reported ONE new coronavirus case on Monday caused by community spread.  So if that's true, it's definitely tapering off fast there.

30.  A couple in New York was supposed to get married Saturday in a big ceremony with 200 people.  And they're not letting the virus stop them.  Instead, they're getting married in their APARTMENT with six guests.  The groom says he, quote, "can't go another week not marrying her."  And the bride added that "love always prevails."