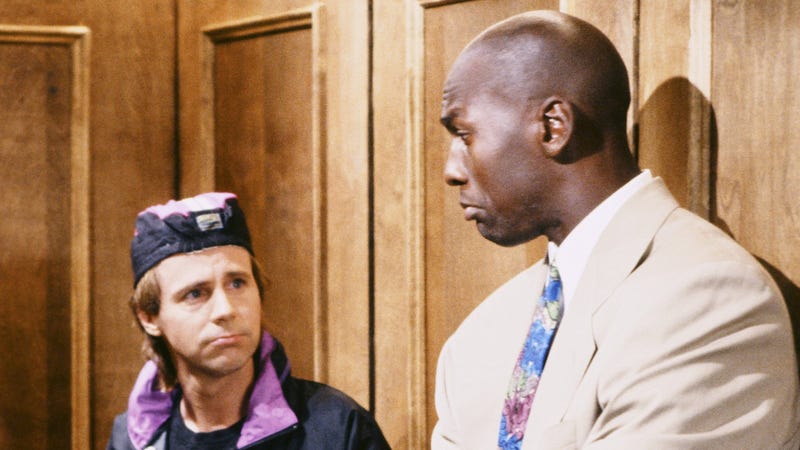 This week on the Fly on the Wall podcast, hosts Dana Carvey and David Spade welcome to the show comedian Nick Kroll to look back on some of his favorite Saturday Night Live memories through the years. Although Kroll was never a cast member, he did grow up watching the show -- and he did audition.

After getting his post-stand-up comedy start with the Upright Citizen’s Brigade Theater and working in the writers' room on Comedy Central’s widely popular Chappelle’s Show, Kroll has perhaps become best known for his comedic roles co-starring in the ABC sitcom Cavemen based on the Geico ads, FX's The League. and his guest roles on Parks and Recreation, Community, Unbreakable Kimmy Schmidt, Reno 911!, and New Girl. More recently, you’ll recognize his voice acting work as ‘The Douche’ in the 2016 animated feature Sausage Party, the villain ‘Sergei’ in the 2019 animation The Secret Life of Pets 2, and ‘Uncle Fester’ in that same year's The Addams Family animated flick -- as well as the Netflix animated series Big Mouth and the 2022 feature film Don't Worry Darling.

In 2013, Kroll launched his own Comedy Central project, The Kroll Show, giving him the freedom to explore his incredible character work, which shines through in lengthy storylines told over its three-season run. Fan-favorite roles include his reluctant gigolo "Bobby Bottleservice," "Armond" the pet plastic surgeon, Big "Liz" (from the PR firm Liz & Liz -- “it’s based off our names”), and "Ref Jeff," who just wants to hang out with the players after the game.

Nick remembers back to his teenage years, honing characters with his Big Mouth co-creator Andrew Goldberg, hosting "talent shows" impersonating Wayne and Garth together, and also call into sports radio shows -- on WFAN in New York -- to record themselves messing with the hosts. "We used to call all the time, all the time," Kroll admits.

Nick's love of comedy mixed with sports has carried over into his favorite 'SNL' sketches, asserting his view that professional athletes are "so smart... a guy like that, over a week, learns to act," he says. Among the trio's personal picks, Nick remembers the Wayne Gretsky "Elvis" sketch. Carvey reveals, "he just hit it on-air, where all of a sudden he was super-charismatic and confident." It "makes sense," says Kroll. "You're like, 'oh right, the greatest f***ing goal-scorer of all time is gonna show up on the day." Although, Carvey also reminisced about his experience on the show with Pro Football Hall of Famer Joe Montana, remembering that he "felt so bad" thinking that he didn't do well after the taping that he wouldn't leave his dressing room, prompting his best Lorne Michaels impersonation: "Could you go back and say hello to Joe?"

David Spade's only athlete encounter during his time on SNL was with the G.O.A.T., Michael Jordan, who he and Carvey both remember being charismatic to be on the show, as well as being fully aware that he was a legend on and off the basketball court. "It was kind of scary," says Carvey, thinking back to how he left Jordan unimpressed with his golf score while talking on the sidelines during the read-through. "Live... I could tell he was... for him a little nervous, maybe, and I said, 'If you get in trouble just read it off the card... and he did. He had a great show." Nick jokes, "I thought he was gonna turn to you during the read-through and be like, "I'm gonna get more laughs than you this week.' Carvey did well during that first sketch and then it got personal."

Listen to the full episode featuring Nick Kroll -- now playing on Audacy -- as Cadence13 invites you to be a Fly on the Wall with Saturday Night Live alumni Dana Carvey and David Spade, behind the scenes as they reminisce about their most memorable stories and moments with friends of the show. In each episode, you’ll hear from your favorite cast members, hosts, writers, and musical guests as they share never-before-told stories about their careers.