(WWJ) What better way to mark the coldest week so far this winter in metro Detroit, than warm and fuzzy news like this?

Officials on Thursday announced that two polar bear cubs were born at the Detroit Zoo on November 17, 2020, to 8-year-old mother Suka, and 16-year-old father, Nuka.

The cubs, who have not been named yet, are the first polar bears to be born and successfully raised at the zoo, located in Royal Oak, since 2004.

The following photos are courtesy of the Detroit Zoo: 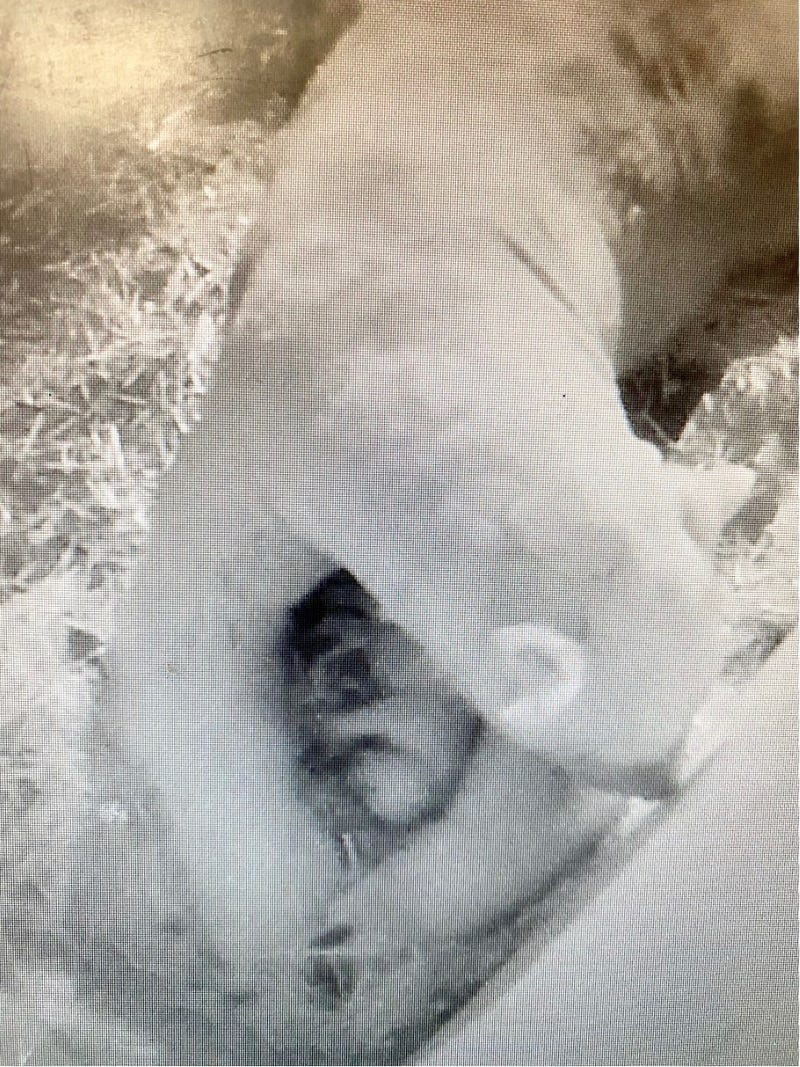 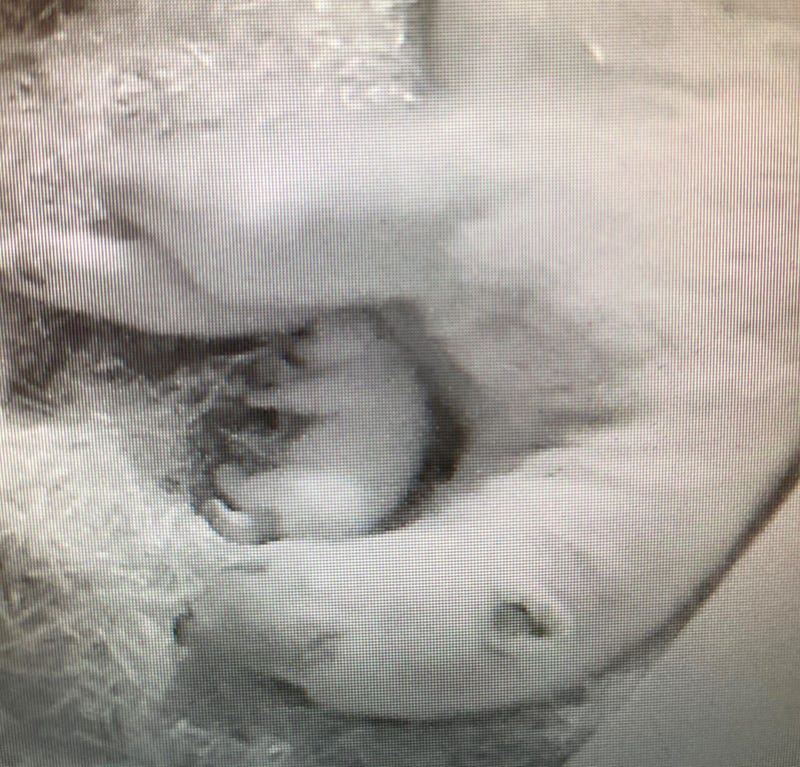 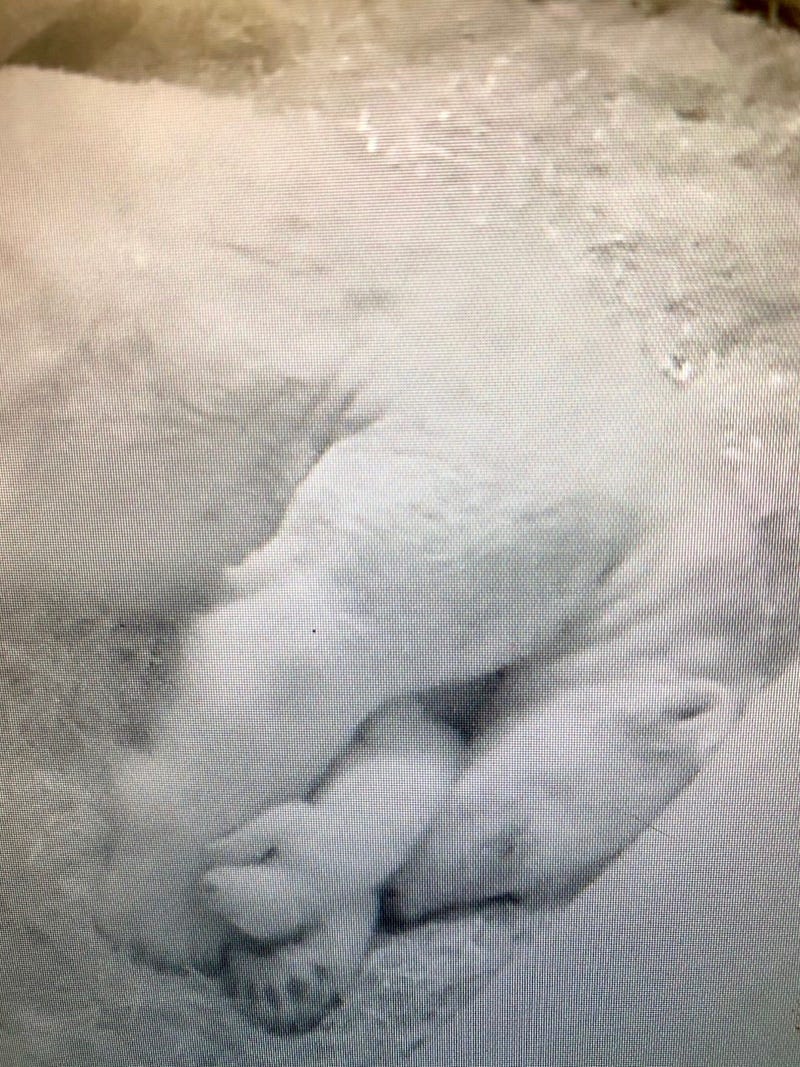 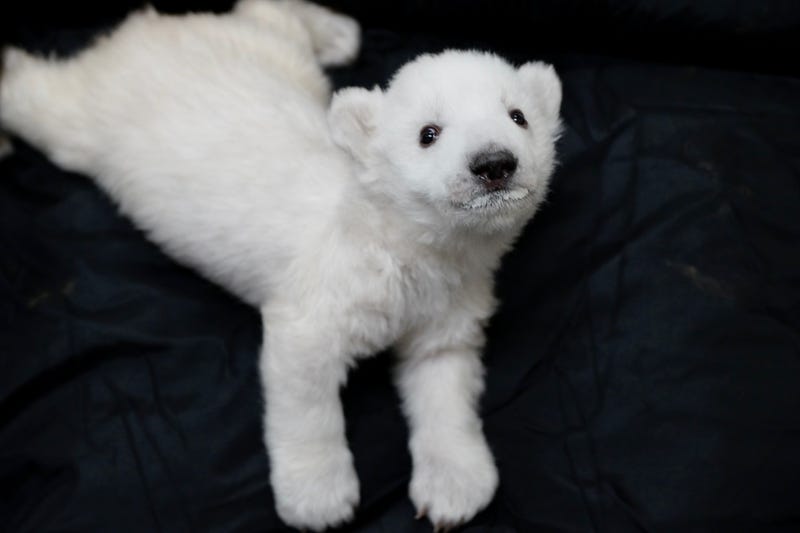 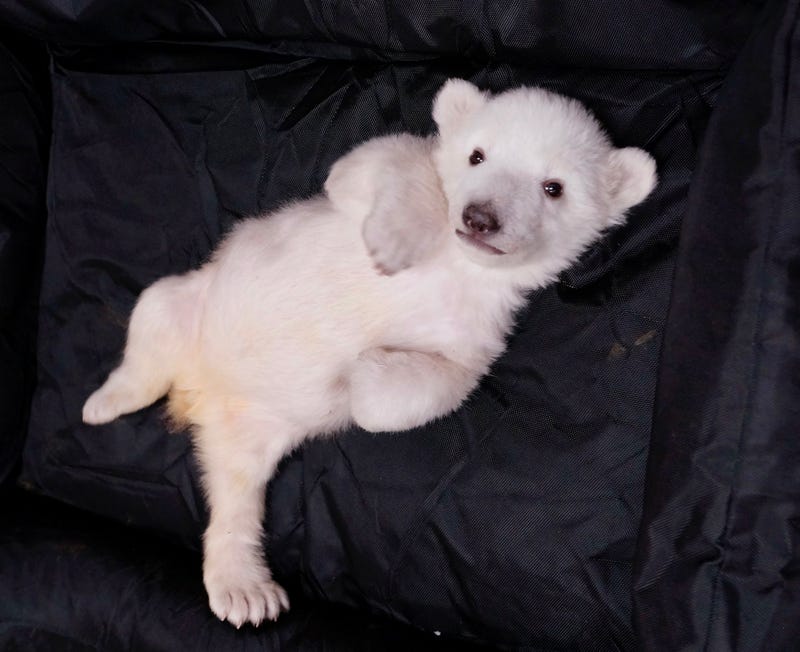 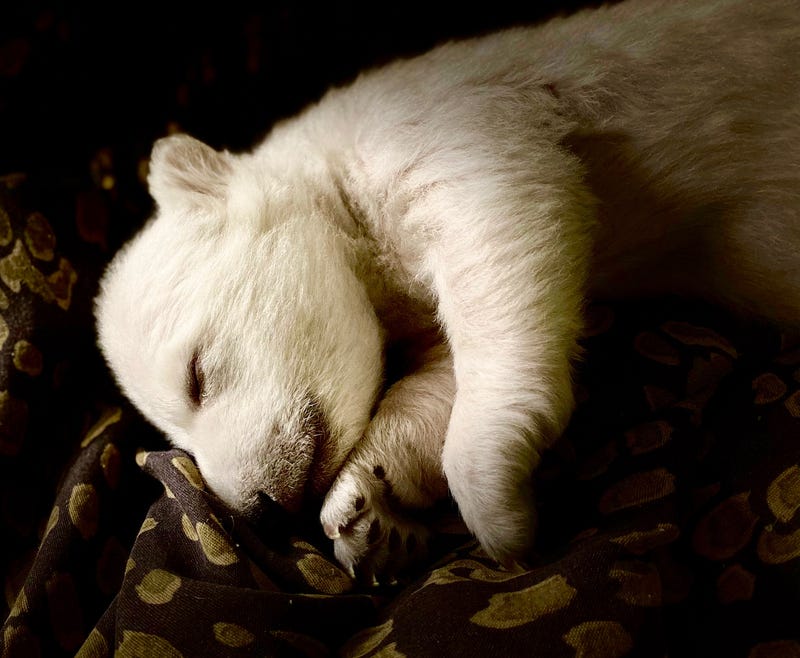 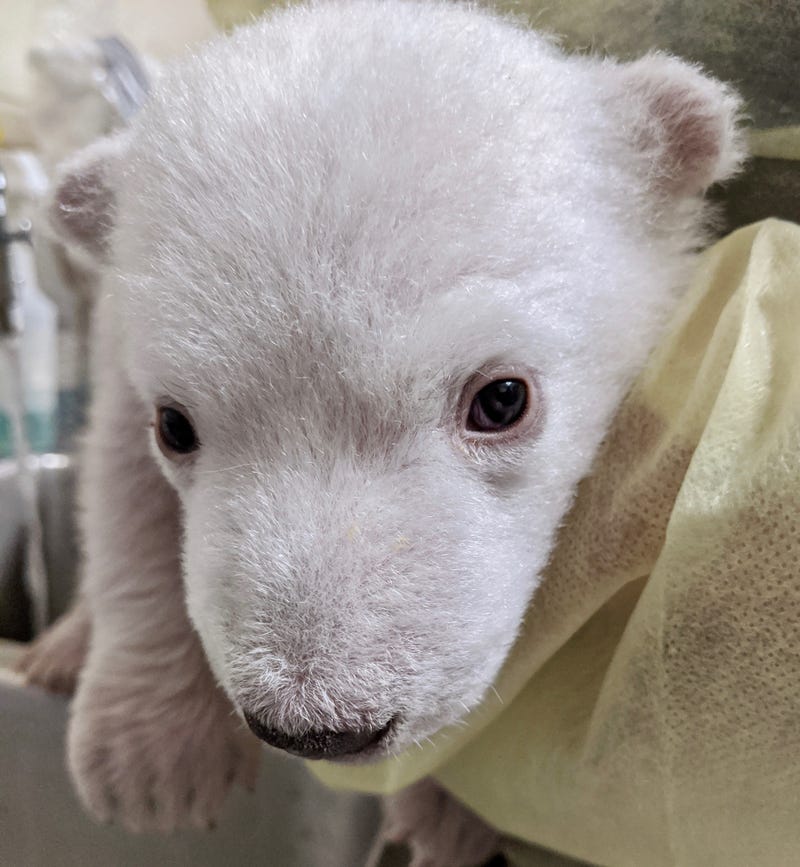 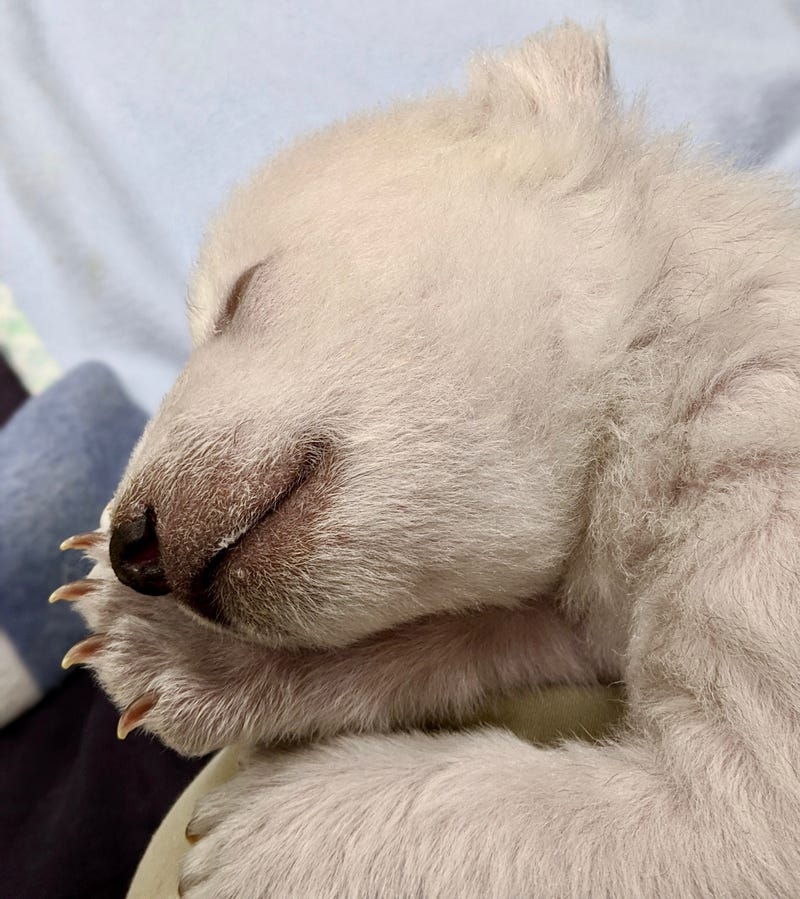 The cubs were born in a specially-designed, private maternity den away from the other bears. It is equipped with infrared video cameras that allow staff to monitor the mother and cubs without disturbing them. On November 19, it was observed that one of the cubs was becoming inactive and appeared to be weak. The staff allowed Suka out of the den so that the weak cub could be retrieved.

The cub, a female, was taken to the Detroit Zoo’s Ruth Roby Glancy Animal Health Complex where she was examined by veterinarians and given fluids and formula. She has continued to receive around-the-clock care and bottle feeding.

At two days old, she weighed 556 grams (1.2 pounds). Today, she is 5.12 kilograms (11.3 pounds), and she has graduated from an incubator to a “playpen”. She will eventually go back to live in the Arctic Ring of Life habitat. It is not yet known if she can be reunited with her mother and sibling, but eventually she will live with other bears.

Meanwhile, zoo officials continue to monitor Suka and the cub she is caring for. She has been a very attentive mom; continuously nursing, grooming and cuddling her cub, with only short water and bathroom breaks.

Both cubs are currently in private, behind-the-scenes areas and are not viewable by guests.

However, 16-year-old Nuka, the cubs’ father, and 20-year-old Anana can be seen in the Arctic Ring of Life’s tundra and pack ice habitats. (Note: Underwater viewing in the Frederick and Barbara Erb Polar Passage is not open to guests, as part of the Detroit Zoo’s biosafety protocols in response to the COVID-19 pandemic.)

At birth, polar bear cubs are remarkably small and vulnerable, only 560 grams (1.2 pounds) compared to their mother’s weight of 377 kilograms (830 pounds).

The rare occurrence of twin polar bears being raised separately – one by the mother and one by humans – means that much will be learned through this experience, the zoo said. Both cubs are monitored closely and their developmental milestones tracked. Their eyes are open, their teeth are coming in, and they are both learning to take their first steps.

The births are part of the Association of Zoos & Aquariums (AZA) Polar Bear Species Survival Plan, a cooperative population management and conservation program that helps ensure the sustainability of healthy captive animal populations. Currently there are 56 polar bears in 25 AZA-accredited zoos and aquariums.

Wild polar bears are found in five nations – the U.S., Canada, Russia, Greenland, and Norway – living along the shores of the Arctic Sea in the summer and on sea ice during the winter. Greenhouse gas emissions causing global climate change have led to loss of sea ice, which threatens polar bears’ survival as these marine mammals rely on ice to hunt, breed, and in some cases, den. Polar bears are listed as threatened under the U.S. Endangered Species Act.

The Arctic Ring of Life at the Detroit Zoo is one of the largest zoo polar bear habitats in the world. It includes a grassy tundra, a freshwater pool, a “pack ice” area and a 190,000-gallon salt water pool. It is also home to Arctic foxes. This state-of-the-art facility encompasses more than 4 acres of outdoor and indoor habitats and was recognized by The Intrepid Traveler’s guide to “America’s Best Zoos” as one of the finest zoo habitats in America.

All guests and members visiting the Detroit Zoo, ages two and older, are required to have reservations. In an effort to maintain physical distancing among guests, the DZS is limiting capacity within the Zoo over the 125 acres. Reservations can be booked here up to two weeks in advance.

Unless otherwise prevented by a medical condition, the Detroit Zoological Society requires that all guests 5 and older wear a mask at all times while at the Zoo. Guests may temporarily remove their masks when they are eating and drinking. Read the full mask policy on detroitzoo.org/health.