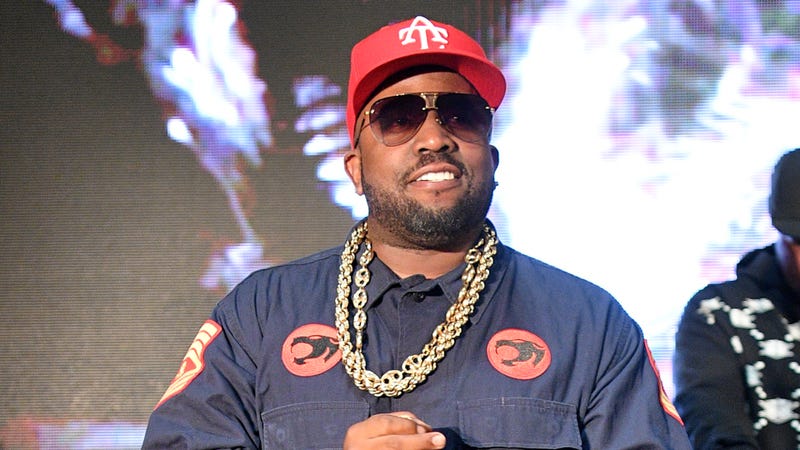 No stranger to struggle, OutKast’s Big Boi, is sharing how therapy helped his father face and overcome his mental health struggles, and how it evolved into teaming up with the Sound Mind Music Festival.

Talking to Rolling Stone about the endeavor and the journey that got him there, Big Boi said, “My father, he was in the military, and then he battled with alcohol for a long time too.” Adding, “Mentally he was a genius, but he had a lot of demons, and I saw that coming up.”

And while those demons and experiences could have led his father to retreat inward,Big Boi sought to understand his father’s struggles, and hoped that through talking it out, his father would see he had a support system to lean on. Now, with the notoriety and influence he has garnered Big Boi has become an advocate for constructive mental health practices and conversations.

Asserting that with “the way the world is now, with all the pressure and the chaos, you got to keep an open dialogue with your loved ones so you can have that support system there.”

Back in 2019, Big Boi, lent his voice to an animated mental health PSA advocating against harsh and inaccurate rhetoric that perpetuates stigma. Reflecting on his intentions just those few years ago, Big Boi said, “to be able to be instrumental in swaying the minds of the youth and even of adults by just talking about my life experiences… That’s what it’s about.”

Now in 2022, Big Boi is just days away from seeing that same view point and vision once again become reality in a different way with the Sound Mind Music Festival for Mental Health.

Part of Sound Mind organization’s mission “to end the stigma that surrounds mental health through the power of music.” The festival, which will take place in New York’s Central Park on Saturday May 21, will also feature performances from Cold War Kids, American Authors, Kamauu, Wrabel, and Allison Russell.

Tickets to the festival can be purchased here, with proceeds going to support the free mental health programs of the National Alliance on Mental Health and its New York affiliates.

Ahead of the festival Sound Mind will host a free series of pre-event Intimate Performances & Conversations aimed at mental health in relation to LGBTQ+ identity, communities of color, and the music industry.

By emphasizing the importance of community and conversation, Big Boi hopes to be able to reach anyone who might need help, before they experience a mental health crisis.