LAKE FOREST, Ill. (670 The Score) -- Rams star receiver Cooper Kupp hauled in an NFL-best 145 receptions and 16 touchdowns last season. None was easier than his 56-yard score in the season opener against the Bears at SoFi Stadium when he was left wide open in coverage.

Kupp exposed the Bears' weakness in their secondary in the first game of the regular season, and it was obvious over the course of the next 16 games that it would need to be addressed. New general manager Ryan Poles quickly went to work in fixing the Bears’ defensive backfield, which now has the potential to be a great strength moving forward.

The Bears made a significant investment in their secondary with a pair of second-round selections, drafting cornerback Kyler Gordon at No. 39 overall and safety Jaquan Brisker at No. 48. They each project to start as rookies, joining cornerback Jaylon Johnson and safety Eddie Jackson as the core starters in Chicago’s base defense. 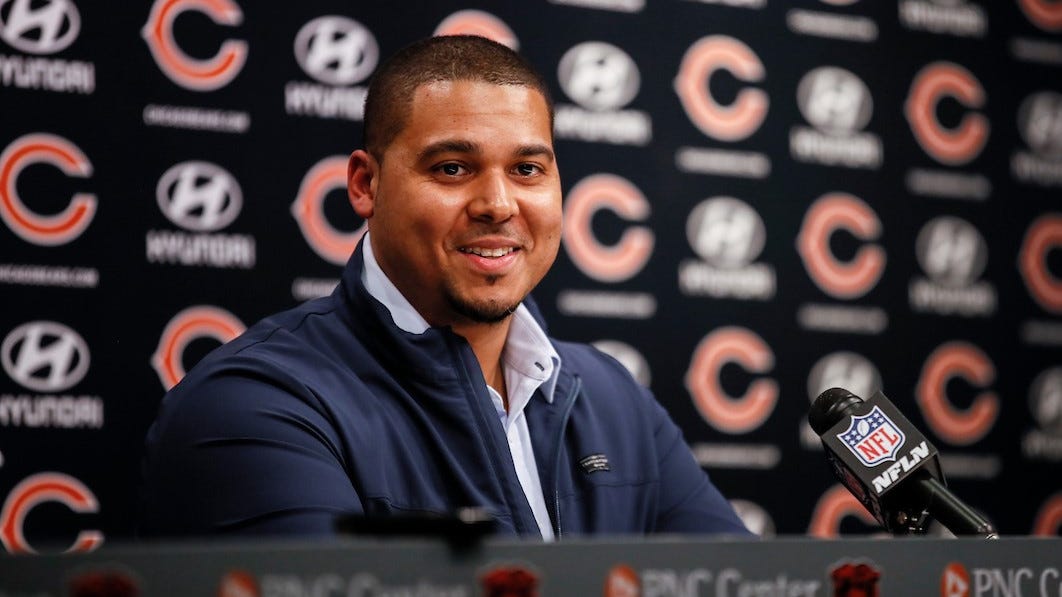 After releasing cornerback Kyle Fuller in March 2021, the Bears failed to find an adequate replacement opposite of Johnson. Kindle Vildor struggled over a dozen games starting at cornerback. Artie Burns wasn’t the answer either. Thomas Graham, a sixth-round pick in 2021, had highs and lows while stepping in.

Despite the Bears’ clear needs at several other positions, Poles made Gordon his first ever draft pick in Chicago. It was a nod to new head coach Matt Eberflus, who's working to build his defensive identity. Though Gordon didn't participate during veteran minicamp last week for an undisclosed reason, he has made a strong impression when on the field this offseason.

“The guy’s got tremendous ball skills,” Eberflus said. “He’s been playing the defense the right way, and we’re very impressed with him. I’ll just tell you that.

“We’ll see where it goes. He’s young. He’s got a lot to learn, but we’re excited where he is with his ball-hawking skills. No question.”

For Johnson, the addition of Gordon should mean opposing quarterbacks won’t be targeting the other side of the field as often. And just as Gordon’s presence is vital for Johnson, the selection of Brisker is important for Jackson.

It has been a revolving door at the safety position next to Jackson. Adrian Amos left in free agency after the 2018 season and landed with the Packers. Ha Ha Clinton-Dix was a one-year stopgap in 2019 who was an awkward fit. Tashaun Gipson, DeAndre Houston-Carson and Deon Bush brought some stability in the secondary but don't project to be long-term fits.

Brisker is best-suited playing in the box, which should allow Jackson to roam in coverage. The Bears now have two safeties whose skill sets complement one another.

“Really, it allows me to focus on just one thing,” Brisker said. “Whether that’s me playing in the box and covering a tight end or coming downhill, anything like that. Or if he does come down, I’m back, I can show I’ve got good range too.

“That versatility is always important in the league.”

The Bears will identify their starting nickel cornerback during training camp, a battle that will likely include Graham and veteran addition Tavon Young. Establishing depth will also be a priority, and Houston-Carson has proved himself early on in working for the new coaching staff.

The Bears are working to build anew on defense under Eberflus. And suddenly, their secondary appears to be a budding strength for this team.

“I just love the type of identity the coaches have built here,” Jackson said. “Just flying around, hard-nosed, creating turnovers, putting us in a position to play with our eyes.

“Just having that swag, having fun, that’s the best thing that I like about the young secondary that we have right now.”