(670 The Score) When all one can hope is that so much activity is happening in and around the owner's box, it makes anything occurring on the field seem a bit silly. So it was along the lake Sunday, as the 2021 Bears exited the home stage with a 29-3 win over the comically hapless Giants in front of a notably sparse crowd at Soldier Field. The ennui was palpable even for us at home, thanks to a fifth-string CBS broadcast that featured what seemed like three cameras, two vaguely informed and half-interested announcers and no sideline reporter, which felt right.​

Whatever Virginia and George McCaskey have in store for their team remains known only to them for now, some semblance of new structure or vision designed ostensibly to imbue these winter weekends with renewed meaning and drama befitting the grand football heritage they hold so dear.

At the moment, it's still something far less than that. 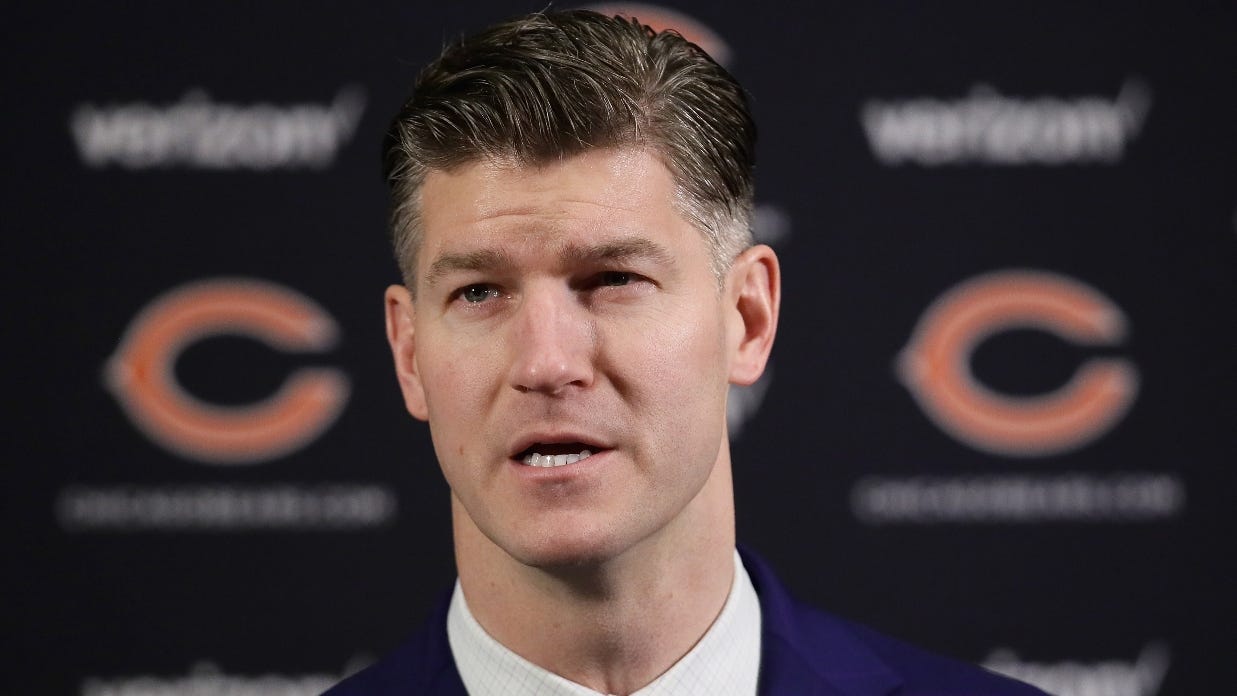 Not that there aren't questions and concerns as this edition of such august history circles the drain, however, some of which may help inform all of us -- including those purportedly committed to changing their fortunes -- how we keep getting here.

Being fine with the franchise's single most important player sitting out probably isn't a sign of a healthy situation, but so be it. Justin Fields may just be better off waiting for the next regime than pushing a battered body through the rest of this, leaving it to new minds exactly how to refine and reconfigure his various and still promising attributes.

Andy Dalton started Sunday even after Nick Foles led this outfit to a win last week and took the high road when pressed about his open criticism of coach Matt Nagy's anemic offense. Some bitterness may run deeper than those involved are letting on, as so much wasted money was on display on the field and the bench at the most important position in professional sports.

Watching Mike Glennon's "quarterbacking" was like experiencing some kind of disturbing performance art more than football, a display so bereft of any natural ability or practiced awareness as to be a satirical commentary on the job itself, if not the Bears' previous three-year, $45-million investment in him. It's nearly impossible to understand what Glennon seems to be doing out there -- or why.

Robert Quinn set the Bears' single-season sack record with his 18th, surpassing Richard Dent in the same number of games played and joining the list of individual achievements that should've somehow mattered more, making for another empty note.

As we continue to monitor the transition from what still nominally constitute NFL football games into the fingers-crossed uncertainty of the latest offseason attempts at improvement, it's important to remember the forces in play, particularly fresh off an experience like this.

We're a year removed from the strange and conflicted Bears press conference in which the chairman doubled down on his football leadership, citing their collaborative ability to go through a six-game losing streak as reason for continued employment. When asked how he can make prudent football decisions despite still not knowing much about the sport or the business of the sport, he was quick to drop the names of other owners at the top of similarly insular, family operations, upon whom he relies for what he thinks is objective consultation.

Dan Bernstein is the co-host of the Bernstein & Rahimi Show on middays from 9 a.m. until noon on 670 The Score. You can follow him on Twitter @Dan_Bernstein.