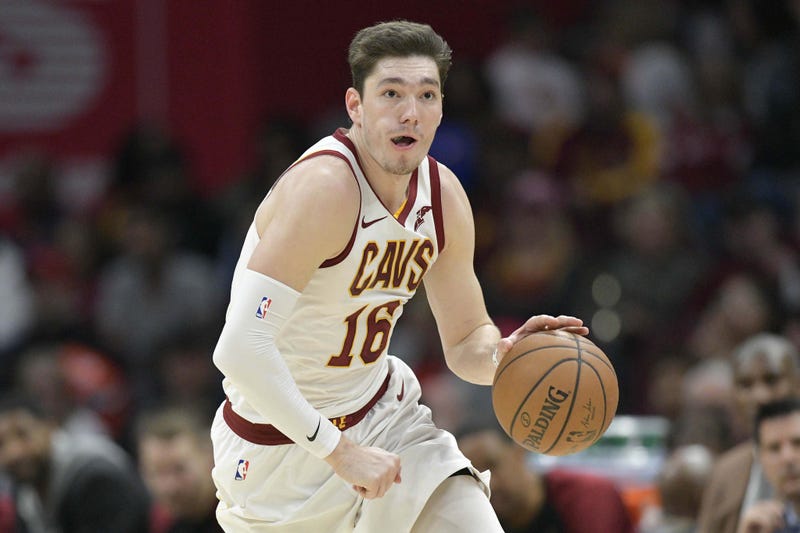 INDEPENDENCE, OH – Cedi Osman hopes John Beilein’s system and a busy offseason can help him take the next step in his career.

The 24-year-old averaged 13 points and 4.7 rebounds-per-game last season. He emerged late in the year when Kevin Love returned to the lineup.

He spent his offseason representing Turkey in the FIBA World Cup.

“It makes me better,” Osman said. “On the Turkish National team, I’m one of the leaders. It made be better this year. I feel comfortable.”

He averaged 19.3 points and eight rebounds per contest. Osman admits he has to improve on both ends of the floor if he’s going to be successful for the Cavaliers this season.

“This season’s going to be really important for me,” he said. “I’m going to have to play better defense. I learned a lot from those games [last year] and I believe I’m more mature now.”

Osman is adjusting to life in Beilein’s system. It’s going to take time for it to become second nature for him and his teammates, but he expects to play a big role for the Cavs this season.

“I believe I’m going to have a huge role in the offense,” Osman said. “Every offense is almost going through the 3-man. Even if I’m not using the pick-and-roll, I have that ability to pass to Kevin – I have the ability to make the play.”

Other Notes – Rookie Dylan Windler went through an extensive workout after shootaround on Tuesday. The No. 26 pick has been dealing with a stress reaction in his left leg. He was wearing a sleeve around his calf and shin during his workout.

The rookie hasn’t played at all this preseason, but the team hopes he will be available when the season starts on Oct. 23 in Orlando. Windler averaged 21.3 points and 10.8 rebounds per game last season at Belmont. He’s expected to play a key role off the bench this season.

The Cavs finish their preseason slate against the Celtics at Rocket Mortgage Fieldhouse tonight at 7 p.m.