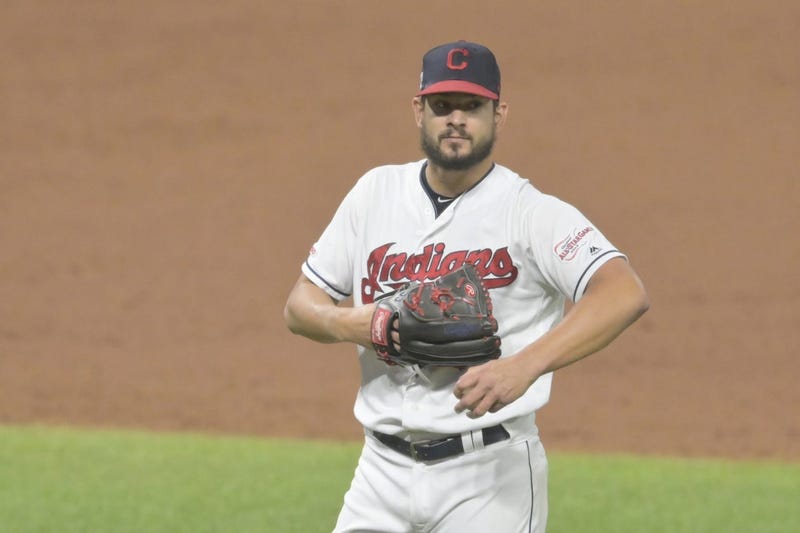 He flew back to Cleveland a day early because the Indians wanted to get him checked out. The MRI came back clean, which is a good sign for Hand, but his status for their weekend series against the Twins has yet to be determined.

“The MRI came back clean, which we’re thrilled about,” manager Terry Francona said. “Now we just have to build him back up. How that goes will be determined by how he feels. He got treatment today and tomorrow. We’ll see how he shows up on Friday.”

The Indians swept the Angels without using Hand, who hasn’t pitched since Sunday. They used multiple pitchers in the ninth inning of Wednesday’s win, but they don’t expect that to be the case for the rest of the season.

“From now on, no. For the next couple of days, yes. I don’t think it will be more than that (for Hand),” Francona said. “When you do an MRI on somebody who has thrown as much as he has and it comes back that clean, it makes you feel pretty good.”

Hand underwent an MRI, but it wasn’t for a specific elbow or shoulder injury.

“It’s just kind of a tired arm,” Francona said. “He just hasn’t been bouncing back. His arm slot has been getting lower. You can’t treat the guys when it’s convenient. You’ve got to do the right thing regardless of what time of the year it is.”

The Indians pulled within four games of the Twins on Wednesday night in the American League Central Division. They’re off Thursday before beginning a three game series against Minnesota on Friday at Progressive Field.