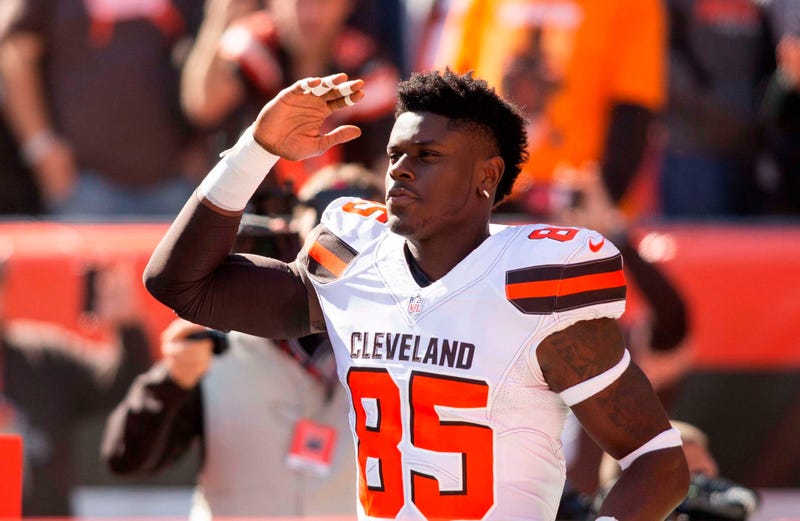 The Browns selected tight end Harrison Bryant in the fourth round – No. 115 overall – Saturday afternoon raising more questions about Njoku’s future with the Browns.

“We still have a ton of belief in David,” Berry said. “He is very talented. Obviously, he was not on the field much last year, but he is a guy with outstanding physical tools, he has proven NFL production and we still think the future is very bright with him here.

“David has always been and continues to be in our plans, and we are going to continue to add competition all across the roster.”

Head coach Kevin Stefanski’s love of tight ends is well documented and the selection of Harris by Berry was another sign everyone is working in the same direction.

“The more we have in the room, the merrier,” Stefanski said.

Njoku, selected in the first round of the 2017 NFL Draft, is entering his fourth season in Cleveland and a decision on the fifth-year option on his contract is looming in the coming days.

Berry also signed tight end Austin Hooper to a four-year $42 million deal this offseason but he emphasized neither move alters their view of Njoku, who suffered a broken wrist in Week 2 last year and fell out of favor with former head coach Freddie Kitchens at the end of the season despite working hard to return from injury.

“We see David as part of our long-term plans,” Berry said.

Berry did not select a defensive end over the three days which appears to be good news for Olivier Vernon, who carries a $15.5 million price tag in the final season of his contract.

Vernon missed six of the final eight games last season due to a knee injury and finished the year with 3.5 sacks.

Stefanski downplayed any significance in not adding edge help up front during the draft and he’s expecting to have Vernon on the field in 2020.

“That is my assumption,” Stefanski said. “Obviously, I think Olivier is a really great player. Unfortunately, he was banged up a little bit, but we look forward to all our guys contributing next year. I wouldn’t say it was a message of any sort in the fact that we didn’t draft defensive ends. We are not in the business of sending messages via the draft.”

Berry also made it known the selection of Washington center Nick Harris in the fifth round will not impact veteran J.C. Tretter, who just signed a three-year, $32.5 million extension in November.

“Obviously, we love JC. He is our starter,” Berry said. “He is a proven player, a proven veteran at the position for a number of years. Nick will learn a lot from him, as well as a number of the veterans that we have in that position group.”