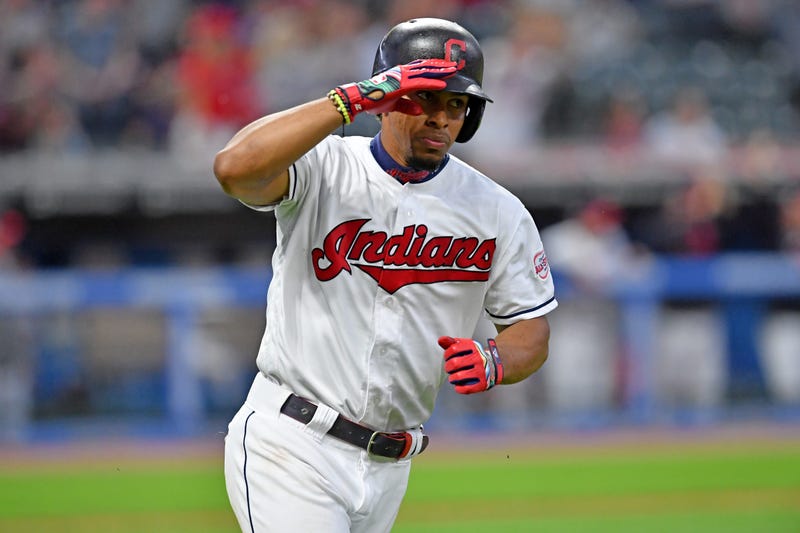 Photo credit Photo by Jason Miller/Getty Images
By 92.3 The Fan

CLEVELAND, Ohio – The Indians beat the Twins 5-2 on Tuesday night, but they’re still 10.5 games back in the American League Central Division.

Minnesota is 40-19 on the season. They have a +106 run differential, which is the best in baseball. The Twins have one of the best offenses in the big leagues.

Not only are people jumping on their bandwagon, they’re abandoning the Indians’ ship, even though Cleveland has won the division three years in a row. There are plenty of issues with the Tribe, but Minnesota’s success has some calling for the Indians to press the ‘sell’ button.

If Tuesday’s win means anything, it shows that Cleveland isn’t going to go down without a fight. Shortstop Francisco Lindor had one of his best games of the season, finishing 3-for-3 with two home runs and a double. Frankie is embracing the leadership role, which includes staying positive when things seem to be going downhill.

“I don’t believe in underdogs,” Lindor said. “In ’16 we were (underdogs) and we made it all the way to the World Series and then in ’17 and ’18 we weren’t (underdogs) and we got swept and lost three games in a row. I don’t really believe in that. I think it’s a matter of playing the game the right way.”

Lindor pays attention to the standings. He knows how good the Twins have played through the first two months of the season.

“I know we’re far from first place right now,” he said. “We still got a long way to go. We just got to take it day by day, go out there and don’t take anything for granted.”

Lindor is a leader in the clubhouse and his attitude is infectious. Instead of worrying about his numbers or being frustrated with the Indians' struggles, he's embraced it and doing everything he can to make the team better. He wants to help the team any way he can and that's been a theme of his all year long.

"I'm not doing it by myself. I could hit .500 and there's always going to be a guy doing something to help the team win," Lindor said.

Tito says Francisco Lindor is starting to look like his normal All-Star self #Indians pic.twitter.com/lnFpj0gkLh

He mentioned Shane Bieber, Roberto Perez and Jake Bauers being guys that stepped up on Tuesday night. That type of attitude rubs off on the young players. Lindor's goal isn't to carry this team to the promised land. He wants to do everything he can to win, which includes helping the young players around him play at a level that can help the team accomplish its' goals.

The Indians have gotten off to a bumpy start this season. Not many teams overcome an 11.5 game deficit after June 1. That’s the mountain they faced going into Tuesday night’s game against the Twins. Manager Terry Francona, the rest of the coaches and players aren’t worried about the trade deadline, selling pieces or next season, they’re focused on competing this year.

Lindor may not believe in underdogs, but that’s exactly what the Indians are moving forward. They’re dealing with injuries, youth, inexperience and a team that was designed to rely heavily on its’ stars. Unfortunately, Jose Ramirez and Trevor Bauer have struggled for long stretches. Mike Clevinger, Corey Kluber and Lindor have all missed significant time due to injury.

Coming into this year, the Indians’ margin for error was as slim as its’ been during their run over the past three seasons. And now they have to deal with an offensive juggernaut in the Twins.

Odds are Minnesota falls off some, but that doesn’t mean the Indians’ have the horses to catch them. That’s what makes a win like Tuesday so important. Young players like Oscar Mercado, Jordan Luplow and Bauers got to experience a big win over one of the best teams in baseball. Every one of them contributed to the victory and saw how Lindor handled himself. They watched Shane Bieber, who turned 24 last week, conduct himself like a 10 year veteran.

Their best player doesn’t believe in underdogs and still thinks they can make a run at the division. If Lindor believes it, why shouldn’t everyone else in the clubhouse believe it?