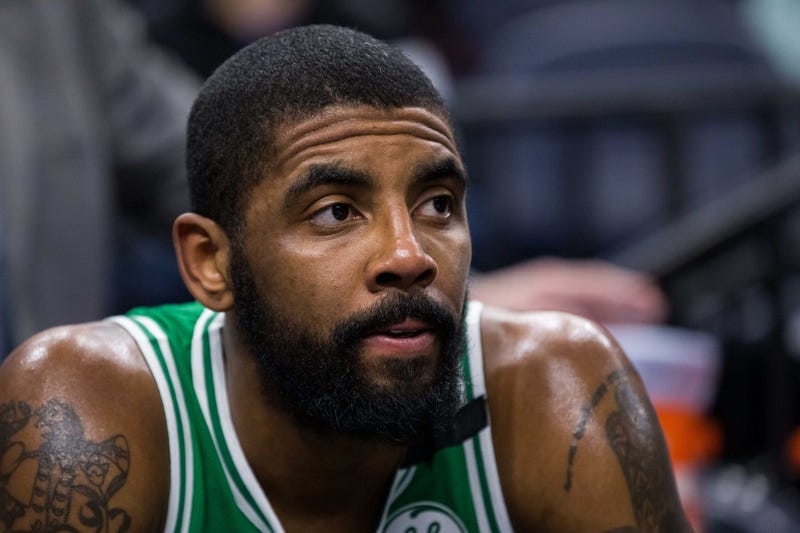 Cleveland, OH (92.3 The Fan) – Kyrie Irving has a new excuse for not having to play a game at Quicken Loans Arena: load management.

The Boston Celtics announced Monday that Irving will not play Tuesday night.

Irving, who demanded a trade by the Cavaliers in the summer of 2017 because of a strained relationship with LeBron James and a desire to lead his own team, has been less than complimentary of his former team and city anytime Cleveland or the Cavaliers comes up in conversations with reporters.

On Sunday Irving was asked if it still means something to return to Cleveland where he helped the Cavs win the 2016 NBA championship by hitting the go-ahead three pointer with less than a minute to play in Game 7.

“No, not at all,” Irving was quoted as responding.

Shortly after the trade to Boston in 2017, Irving was quoted by the Boston Globe dissing Cleveland and its sports fans.

“It’s a really major city. Coming from Cleveland, the Midwest, where the culture is different. And then you move to the East Coast — into Boston — and it’s so real [and] alive. An ongoing, thriving city. Consistently. No matter what hour throughout the night,” Irving said. “You would go to Cleveland, and it would be at nighttime, and things would be going on, but you just see a vast difference in terms of what the Midwest is — Cleveland — and what Boston is. Boston, I’m driving in and [thinking], ‘I’m really playing in a real, live sports city?’ And a great city.”

Throughout his time with the Cavaliers, who selected him first overall in the 2011 NBA Draft following an in-season trade with the L.A. Clippers, Irving was moody and often pouted. Prior to signing a five-year, $90 million contract extension days before James announced his return, stories of Irving’s unhappiness in Cleveland were frequent.

The ‘flat Earth’ truther has been able to avoid the boo birds from Cleveland fans because he’s played only once at The Q since the trade – opening night of the 2017-18 season where he received a warm welcome from grateful fans.

Earlier this season Irving revealed he apologized and mended fences with James, who signed with the Los Angeles Lakers last Summer.