The seven-time All-Star was caught on camera demolishing a wall-mounted flat-screen television after a poor showing in a rehab start with Triple-A Worcester on Wednesday night. 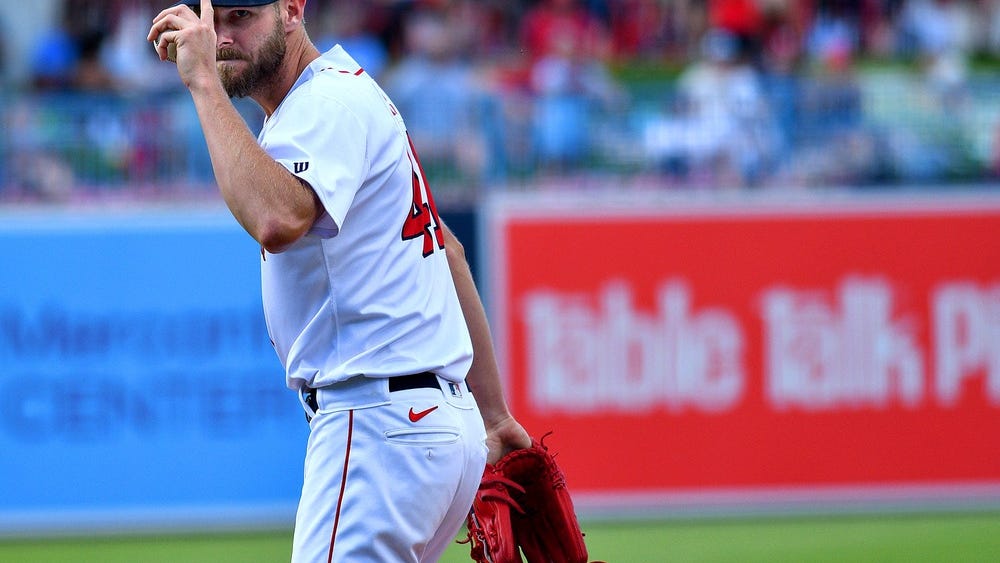 Sale, 33, is working toward his 2022 Red Sox debut after suffering a stress fracture in his ribs during a preseason workout. In Wednesday's outing, he couldn't find the strike zone, issuing five walks along while surrendering one run and three hits in 3 2/3 innings.

The veteran left-hander is known to wear his emotions on his (tattered) sleeve. In July 2016, he famously shredded his White Sox teammates' jerseys with a knife after apparently deciding he didn't want to wear the throwback duds.

Sale was subsequently traded to the Red Sox the following offseason. Whether the incident played a role in the White Sox decision to unload him is unclear, but he seems to have kept a relatively cooler head in Boston -- until now.

To be fair, smashing a TV -- or anything else in a dugout or clubhouse -- isn't exactly unheard of for a ballplayer, and it seems relatively tame compared to hacking up uniforms with a knife. Still, one would hope Sale could do a better job of keeping a poor rehab start in perspective, especially given his history.

Red Sox brass, for their part, didn't seem overly concerned about the incident.

“I did see the video. I have not talked to anybody, including Chris, about that, but I did see the video," general manager Chaim Bloom said on WEEI's The Greg Hill Show on Thursday morning. "Look, I’m not going to sit here and condone property damage, but he is a competitor. That’s who he is. There are plenty of guys, including somebody we all love who is going into Cooperstown later this month (David Ortiz) who have been caught on tape doing stuff like that when they’re frustrated during a ballgame. It happens, it probably happens more than people think and with guys that you might never suspect. 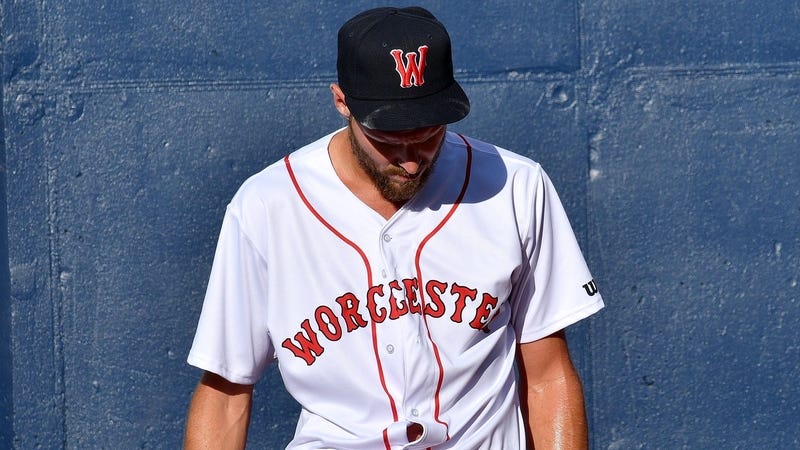 But users were a little less understanding on Twitter, where cheeky fans and journalists crushed Sale with countless zingers over the outburst.

that chris sale video is not even remotely shocking lmao, not excusing it but this is the man who cut a jersey he didn’t like up with scissors

Chris Sale is a 33-year-old man who destroyed a clubhouse because he was upset about his game. I’ll bet you a cup of coffee he did zero to clean that stuff up. He may pay for it, but someone else had to clean up his temper tantrum, just like in Chicago.

throwing a tantrum is not the way to handle this, especially when it’s up to someone else making minimum wage to literally pick up the pieces https://t.co/ZEg4xhbSDM

I estimate that Chris Sale’s parents had to buy approximately 6,473 replacement SNES controllers when he was growing up.

Chris Sale had a big rehab start tonight. Couldn’t cut it with bases loaded. Then he overreacted out of shear frustration and anger. ✂️