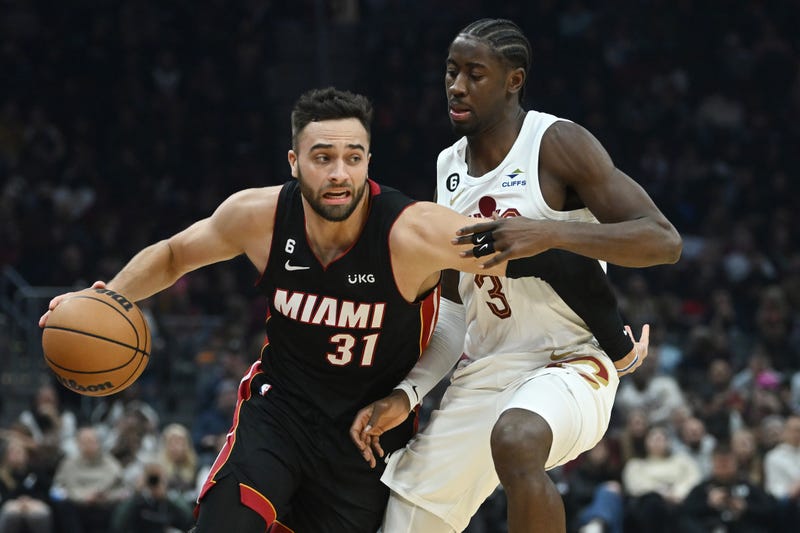 LeVert was ruled out at halftime with what appeared to be an ankle injury after the guard stepped on Heat forward Caleb Martin's foot on a drive to the basket.

When asked after the game about LeVert's status, Cavs coach JB Bickerstaff stated: "I saw him afterward. He said he was good. He rolled his ankle. From what I heard at halftime, and I haven't talked to the training staff yet, is that it wasn't swollen much. So, we'll see."

LeVert, who has averaged 12.3 points and 4.9 assists per contest so far this season, totaled zero points on Sunday but did contribute five rebounds and four assists off the bench.