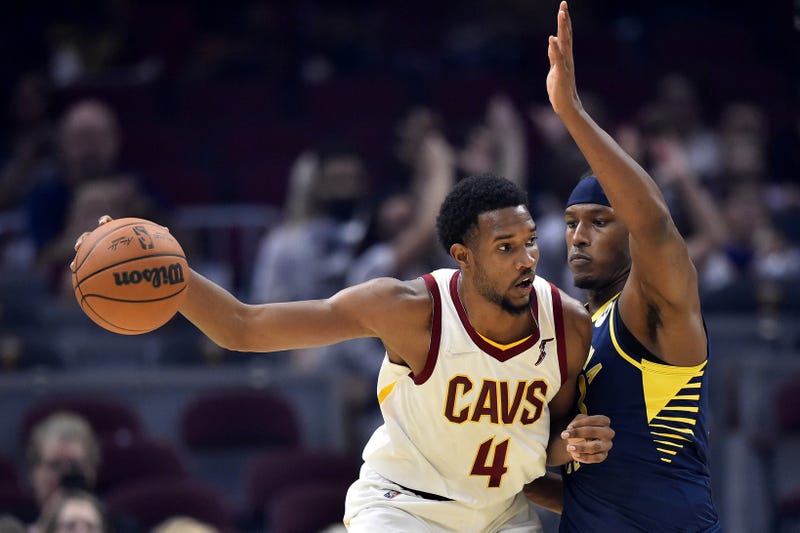 Cleveland Cavaliers head coach J.B. Bickerstaff spoke to the media Wednesday ahead of the Cavs' preseason finale on Friday against the Indiana Pacers.

Among the topics of discussion was Cavs rookie Evan Mobley, and his growing grasp on the professional level.

"He is a rookie, and he's going to have his battles, but the more and more you watch him...he doesn't back away from it," said Bickerstaff. "He's going to keep coming no matter what happens and the talent he has will take over."

Through the Cavs' first four exhibitions, Mobley has averaged 9.8 points and 8.5 rebounds per game, including a 15-10 performance against the Chicago Bulls last Sunday.

Bickerstaff said he was pleased with the team's adjustment to a quicker-paced offense for the upcoming season, though the head coach said the team still has a ways to go in order to truly figure everything out.

The Cavs have ranked in the bottom ten of the NBA in total scoring in each of the last three seasons, including a last-place finish for the 2020-21 season, in which they averaged 103.8 points per contest.

One of the key components to the Cavs offense will be guard Darius Garland, who also spoke on Wednesday about getting more control of the playmaking.

"It means my teammates are confident in me and the coaching staff is confident in me," says Garland. "I want this to be my team, and now I have to go out there and do it."

Bickerstaff commented on Garland's growing process as the Cavs want to pick up the pace this season:

"He's learning it, and he's picking it up quickly. Going from how we played last year...where we slowed the game down a little bit, to playing at a faster place and a faster tempo...decisions have to come more quickly. So those are things that he's aware of...and we've seen progress already in those things."

Cleveland will have one more preseason matchup (against the Pacers) before heading into the regular season, starting Wednesday, Oct. 20 in Memphis.

Two late signings arrived on Wednesday as the Cavaliers picked up Ed Davis and Justin James.

James, who was signed to the Cavs' practice squad, averaged 2.1 points in 8.6 minutes with the Sacramento Kings last season.