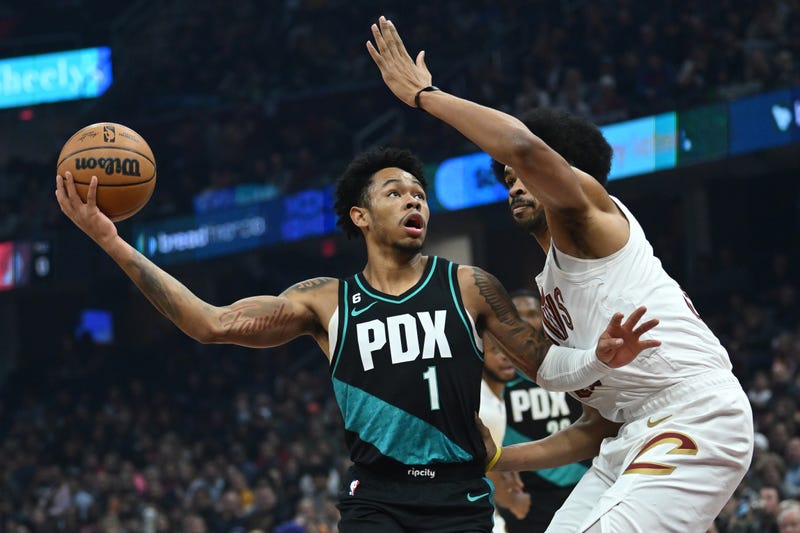 It was less than two minutes later that Anfernee Simons woke out of his funk and went on a run.

However, the Cavs regrouped and staved off the late Portland rally to win 114-96 - their fourth consecutive victory.

"Lessons learned at the end of the game," Cavs coach J.B. Bickerstaff stated after the game. "They made a run...but our guys didn't panic. We got into our sets, executed our sets, and were able to extend out lead, so...continuing to learn how to finish."

When asked if Bickerstaff had any specific message on handling the Blazers' late run, Jarrett Allen responded: "Just trying to lock down on [defense], and even on the offensive end, we had some turnovers - especially I did - but just making the simple play, knowing that the Portland Trail Blazers can get hot anytime. Simons can get hot from the 3-point line, and we saw a little glimpse of that. They kind of made the comeback towards the end, but we still held our own."

Indeed, the Cavs went on an 11-3 run to finish the game, with Allen (season-high 24 points, 13 rebounds) and Donovan Mitchell (34 points) each finishing on strong dunks during the Cleveland streak.