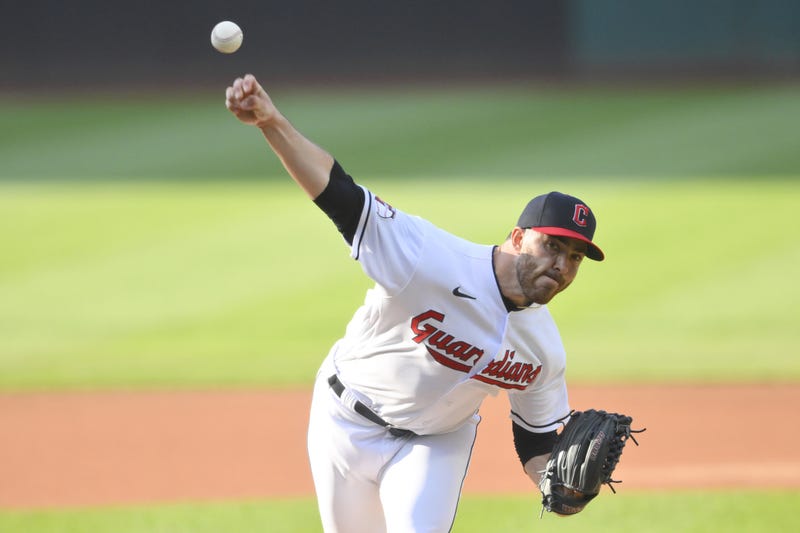 A few weeks after the Cleveland Guardians said they expected Aaron Civale to return to pitching sometime in August, it was revealed Thursday that the right-hander was slated to begin rehab work on Friday at Triple-A Columbus.

Civale, who is 2-5 with a 6.17 earned run average over 12 starts this season, was placed on the IL after sustaining a sprained ligament and right wrist inflammation during his one inning of work during Cleveland's Jul. 13 loss to the Chicago White Sox.

Civale threw a bullpen session on Tuesday ahead of the scheduled rehab assignment. He is hoped to throw around four innings for the Clippers in the Friday stint.

As Civale hopes to soon return to the Guardians' rotation, the question of who would start Friday's game against the Houston Astros was still up in the air for Cleveland.

Guardians manager Terry Francona stated before Thursday night's game that the Friday starter would depend on Thursday's result. The pitcher could be young Kirk McCarty, who last pitched for Cleveland on Jul. 31 in Tampa Bay. In 19.1 innings through five appearances this season, the left-hander is 2-2 with a 6.05 ERA, along with 14 strikeouts and nine walks allowed.

There is also the possibility that McCarty could be preceded by the club's recent reliever-turned-makeshift-starter Bryan Shaw if neither pitcher is utilized on Thursday. The veteran Shaw's last two appearances - Jul. 26 in Boston and Jul. 31 in Tampa Bay - were starts in which Cleveland ended up winning their respective contests. In those two games, Shaw pitched a combined 4.1 innings, allowing five hits and four runs (all earned) while walking four and striking out three.

Should McCarty and Shaw both come out of the Guardians bullpen on Thursday, however, the club could make an additional roster move to fill the Friday gap.