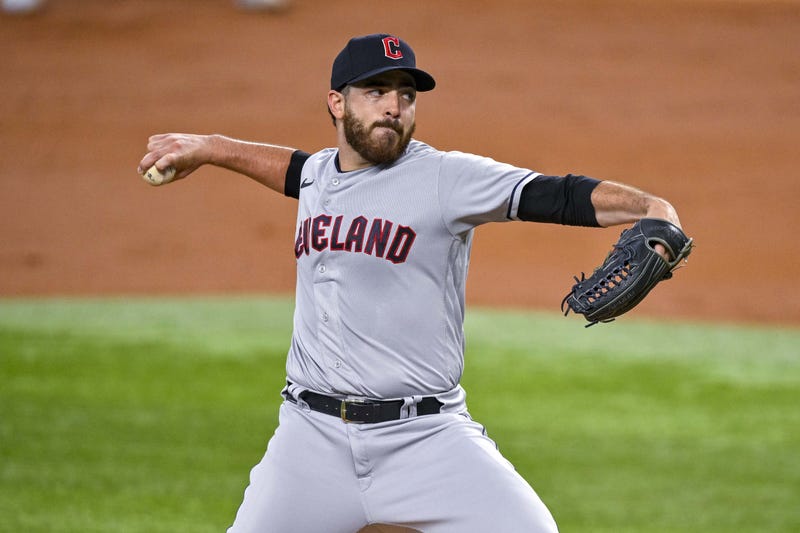 CLEVELAND, Ohio (92.3 The Fan) - The Cleveland Guardians are making a change on starting pitchers for the start of the upcoming final regular season series against the Kansas City Royals.

Right-hander Aaron Civale will take the mound for Friday's series opener, while Zach Plesac has been pushed back to Saturday.

The move could allow for Civale to start Cleveland's final regular season contest against Kansas City on Wednesday, while Plesac could potentially shift to a relief role during the upcoming postseason.

Both pitchers have dealt with injuries throughout the season, with Plesac making his first start back from the 15-day IL on Saturday. He is 3-11 with a 4.39 earned run average, while Civale is 3-6 with a 5.19 ERA.