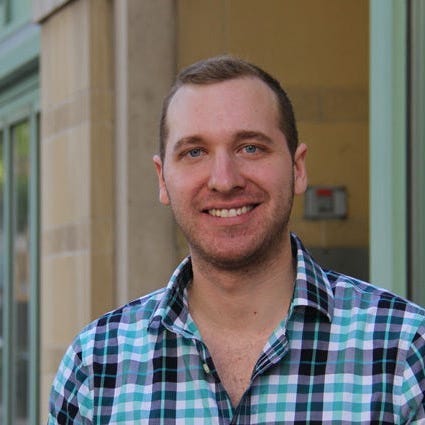 You don’t need a reintroduction to me. You know me and I know you.
We’ve spent the past nearly 7 years getting to know each other on a
daily basis. Now, I’m happy to host my own show – OVERTIME with
Jonathan Peterlin - weeknights on the FAN.

We were there for each other. Along the way I hope that I’ve earned your trust. Through the good times and the bad, the ups and the downs.

Now we get to go through another chapter together. This one is a little bit more positive than debating what Freddie Kitchens meant wearing a “Pittsburgh started it” shirt.

This is a dream job. Being the guy that you turn on after a day of listening to Ken and Anthony or Andy and Jeff or Nick and Dustin is truly an honor and a privilege. I won’t take that for granted.

But you know that. Because you know me.

One of my favorite compliments I’ve ever gotten is one that I get a lot from the same caller. His name is Sid Capone and he calls in when I’ve filled in at nights from time to time. Sid tells me before getting on to his point about the sports topic of the day how much he loves that when I do the national shows on CBS Sports Radio that “I do a great job representing the city and I love how much you stick up for Cleveland.”

When I do these national shows I like to really rub it in how great
Cleveland is. It comes easy when the place and the people truly make it unlike anywhere I’ve ever lived, and nowhere I want to leave. I’ll go
hard for the city at every point I can.

Thanks to Andy Roth, Tom Herschel, and Keith Britton for being the best bosses I could ever ask for. Thanks to everyone past and present at the station for helping me grow to be the host I am today.

I’m thrilled to be starting this new journey on The Fan. Let’s get to work during “Overtime with Jonathan Peterlin” weeknights on 92-3 The Fan!